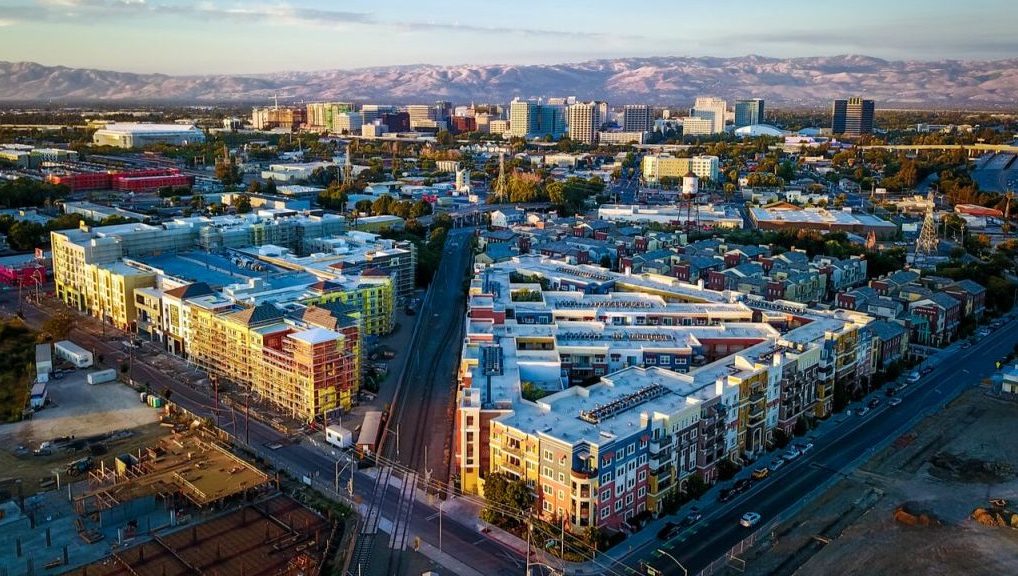 As of 3rd quarter 2019, six of the eight major California markets posted rent growth below the national norm, the result of a slowdown in performance for the Golden State.

Overall, the U.S. apartment market performance has held steady over the last few quarters, but the key market players have changed. Altering the makeup at the top has been an acceleration in performance in North Carolina and Tennessee, and a slowdown among the major Florida and California markets.

Just one year ago, the only two California markets logging rent growth behind the U.S. norm were Anaheim and Oakland. Now, every major California market but two have seen progress fall below the national average of 3%. Sacramento and Riverside are now the leaders in the Golden State, posting rent increases of 4.7% and 4.5%, respectively. 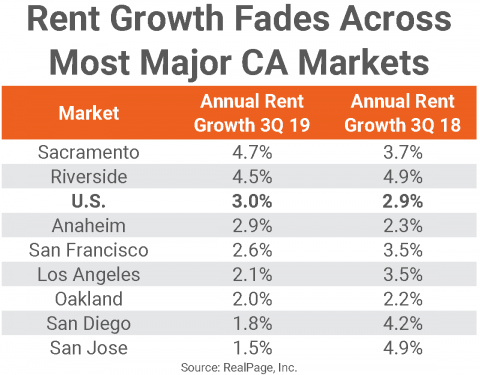 Sacramento and Anaheim are the only two California markets logging year-over-year rent growth acceleration. Meanwhile, the rest of Southern California and the Bay Area have slowed overall.

Most notably, operators in San Jose have decelerated rent growth 340 basis points (bps) in the last year. The market now posts annual rent growth of just 1.5%, nearly the worst rate in the country, besting only the Hurricane Harvey-impacted Houston.

The rent growth slowdown in the California markets was mostly driven by the performance in the Class A stock. The three markets that saw the most extreme slowdowns in the past year – San Jose, San Diego and Los Angeles – saw rent growth come down in all the asset classes, but the biggest setbacks – of 200 to 400 bps – were in the priciest product line.

Los Angeles serves as an example of a phenomenon seen across several markets in California and across the nation. Class C units, the most affordable product available, are growing rents more rapidly than pricier Class A and B units. In Los Angeles, Class C rents grew 3.5% annually in 3rd quarter, while Class B (2.1%) and Class A (1.5%) hover closer to the market average of 2.1%. A less pronounced version of this performance divide can be seen in Oakland, San Diego, Riverside, San Jose and Orange County.

Possibly influencing recent cutbacks in rent growth in the California markets, apartment construction activity has been heavy. In San Jose, in fact, the development pipeline remains robust. As of 3rd quarter 2019, construction volumes represented roughly 6% of San Jose’s existing inventory base, with activity underway on more than 10,000 units. Oakland isn’t far behind as its inventory will grow 4.9% once the roughly 10,000 units under construction there complete. 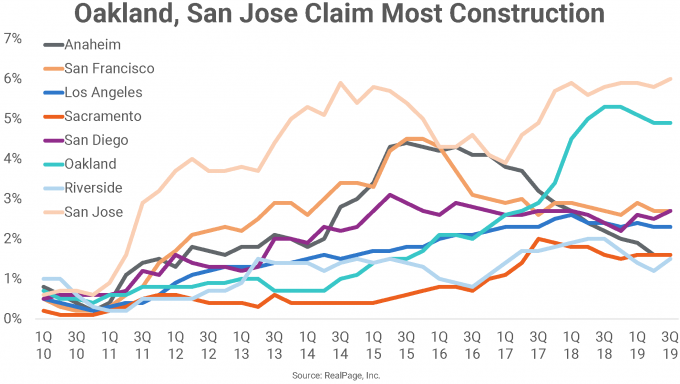 Broadly speaking, California has seen significant new supply this cycle, though that’s done little to threaten occupancy levels as most markets in the state remain chronically undersupplied. Every major California market registers occupancy above the national norm of 96.3%.

Job creation across most major California markets is also less impressive than in the recent past. Though job creation across the state remains healthy, employment growth now pales in comparison to record growth seen just a few years ago.

Of the eight major markets, only San Jose has accelerated job growth year-over-year. Oakland job growth matches year-ago levels. However, in Riverside, Anaheim, Los Angeles, San Diego, Sacramento and San Francisco, job growth was slower in 3rd quarter 2019 than it was one year ago.

Most major California markets failed to break the 2% annual job growth threshold in 3rd quarter 2019. Only San Francisco at 3.1% growth and San Jose at 2.6% growth rose above that mark.