Hiring in the Boston area has picked up in the past several months and helped dropped the market’s unemployment rate one full percentage point since July.

The Boston metro created 48,000 jobs in the 12 months ending in November (the latest metro data available from the Bureau of Labor Statistics), growing the employment base 2.6%. The metro has sustained job growth of 2.5% to 3% since June 2017, a streak not seen in more than 20 years. In turn, the Boston metro moved to #3 in the national leaderboard for job gains in November, up from #6 in May 2017. Meanwhile, 2.9% of the Boston area’s workforce was unemployed in November, down notably from the 3.9% unemployment rate recorded in mid-2017. 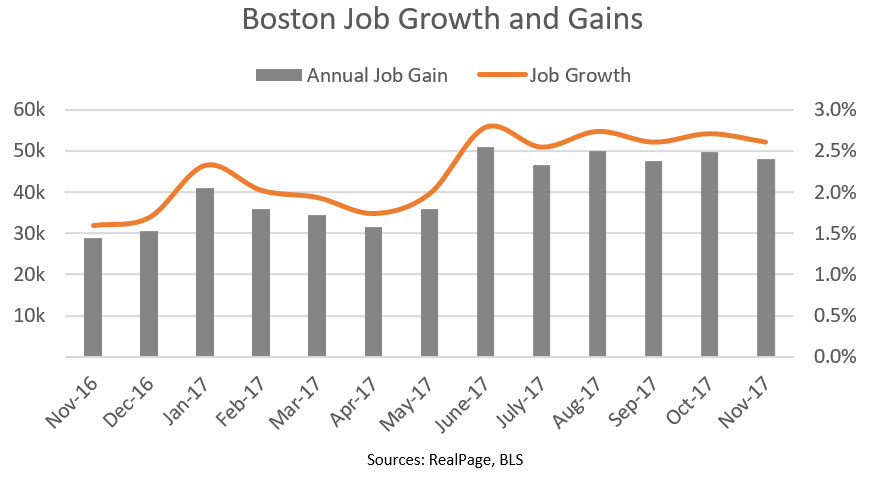 The Education and Health Care sector’s job gains leveled off in September, as schools opened and academic jobs were filled. But the Mining/Logging/Construction sector, though not as populated as other sectors, made some significant strides late in the year, allowing the metro to sustain job growth momentum. 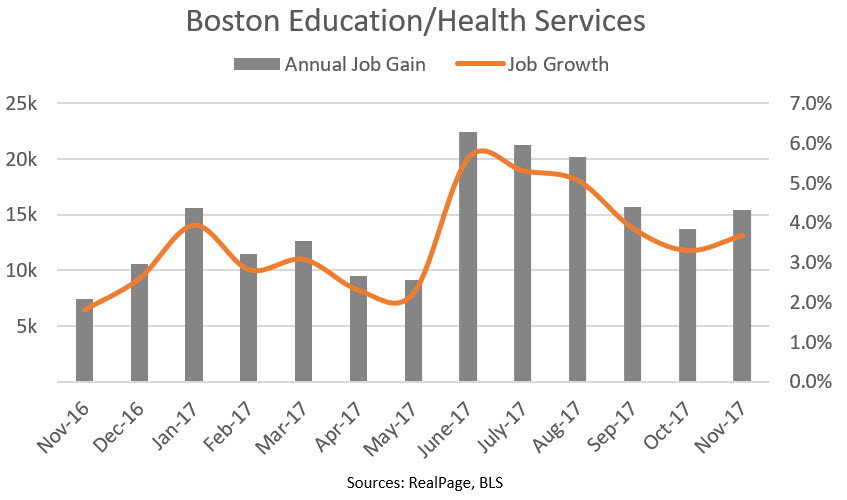 Since oil and gas is not a key industry in the Boston area, most of the activity in this sector was in the construction field. The sector had seen year-over-year job losses for the first nine months of 2017 before hiring picked up in October and November. Some 2,600 jobs were added in the 12 months ending in November.

The Mining/Logging/Construction sector’s total employment of 68,500 in November was just 1,300 short of the high of 69,800 recorded in July 2016. Annual job losses began in December of that year and continued until this past October. 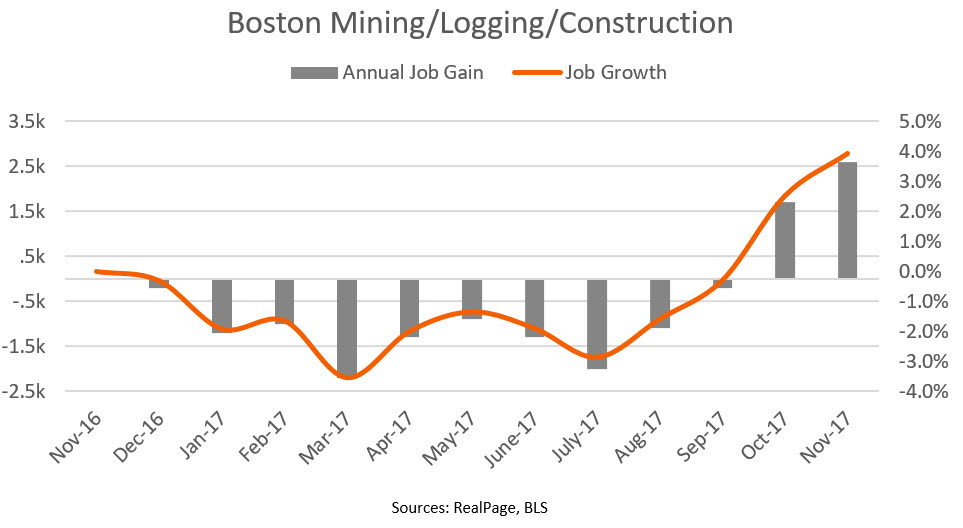 Driving recent growth in the sector were some large construction projects in the Boston metro:

In addition to construction, education and health care jobs, the BLS’s Other Services sector registered outstanding job growth in the second half of the year. The 7,000 jobs added in this sector in the 12 months ending November was a 10.4% increase over the previous year. This sector includes occupations such as auto mechanics, repair shops, hairdressers and laundry workers. 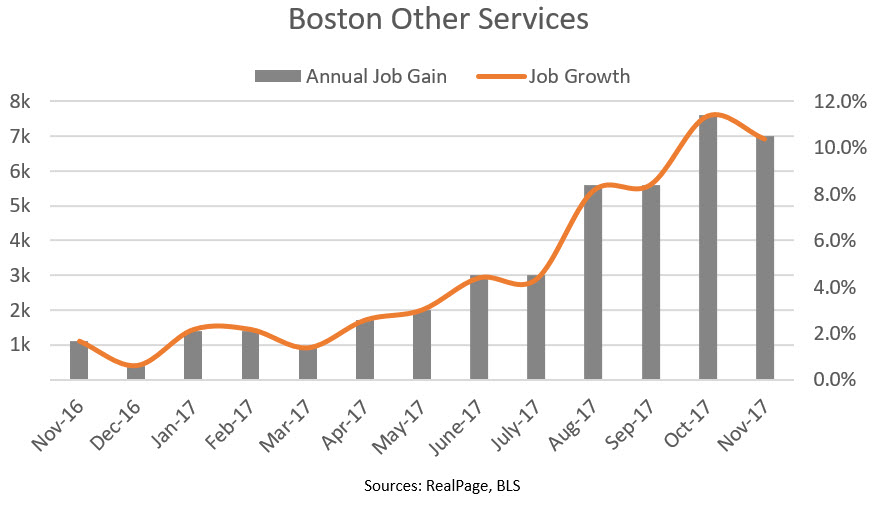 Also noteworthy, Professional/Business Services has gained about 13,000 jobs in the 12 months ending in November, though the sector’s gains have been relatively steady.

For all the sectors with positive employment activity in Boston, some industries have not experienced such growth. The Information sector actually lost more than 1,000 jobs in the past six months, while Financial Activities has lost 2,000.

But overall, Boston is providing job opportunities in several fields, and the metro has seen a significant hiring streak during the second half of 2017. At the same time, apartment demand clocked in at a two-decade high recently, as the Boston market absorbed more than 9,000 units in 2017.

Hiring Among Metro Leaders Picks Up in October

Employers Pull Back on Hiring in August