Boise City Apartment Market Has Grown by Half Since 2010 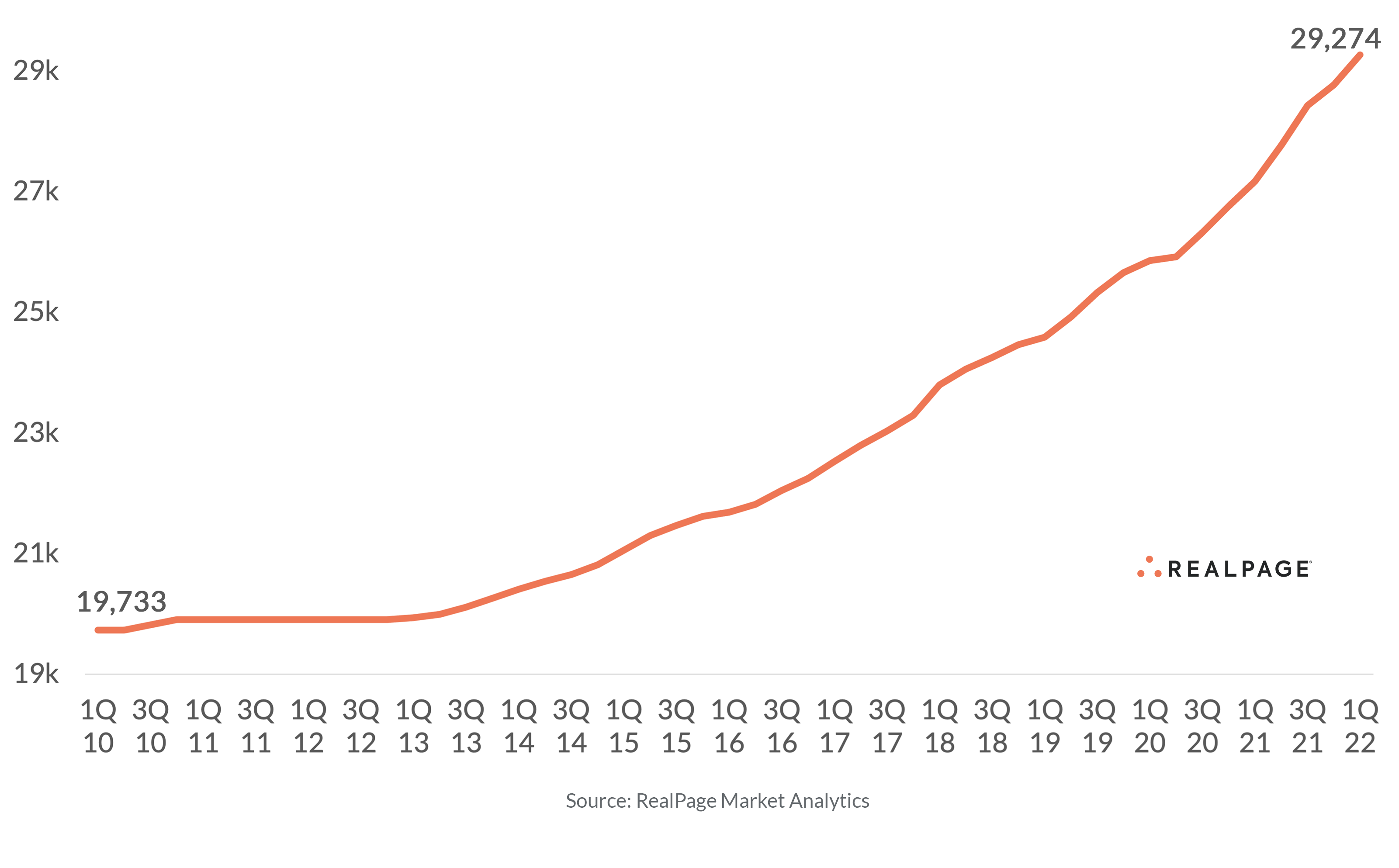 Boise City has seen one of the nation’s biggest increases in apartment inventory since 2010, growing by about half in that time frame. Since the start of the last economic cycle in 1st quarter 2010 when the nation climbed out of the last recession, U.S. apartment inventory overall has grown by about 18% to stand around 18.5 million units, according to data from RealPage Market Analytics. That ratio, however, varies widely across markets. Only five of the nation’s largest 150 apartment markets have grown by roughly half or more in that same period. In Boise City, existing units have climbed over 48% in the last decade or so. The Idaho market has swelled from just under 20,000 units in 1st quarter 2010 to over 29,000 units in 1st quarter 2022. Other markets to grow existing unit bases by a similar margin include Charleston (58%), Asheville (55%), Charlotte (52%) and Austin (48%).