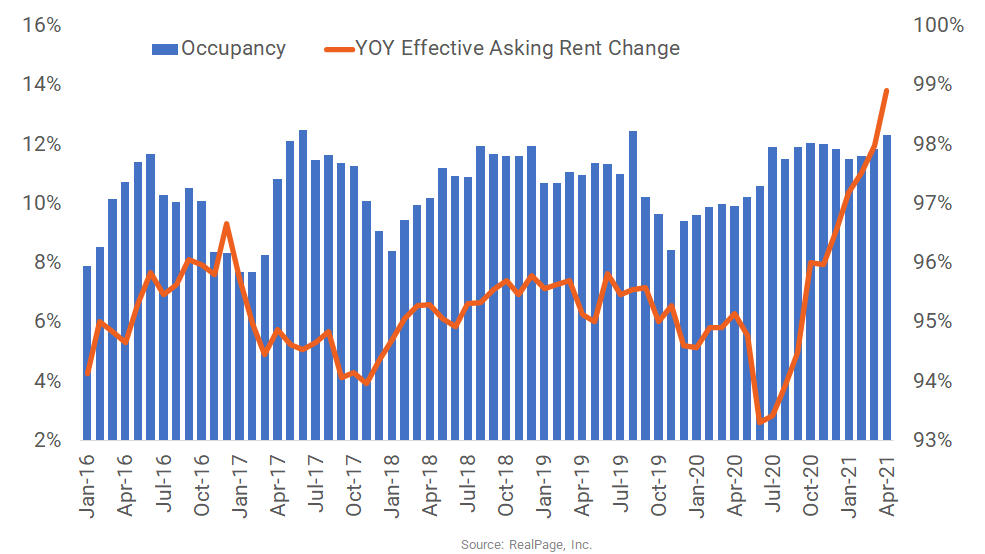 While the apartment market in Boise went into the COIVD-19 pandemic at already solid levels, this market has made notable progress in the past year, pushing fundamentals to historic peaks. Boise typically operates under conditions that are much healthier than the national average. Over the past five years, occupancy has averaged at a very tight 97.4%, while effective asking rent growth has averaged at 6.7%. Meanwhile, the U.S. overall has averaged occupancy of 95.4% and annual rent growth of 2.2%. In the past year, when some markets across the nation suffered under the weight of the COVID-19 pandemic and recession, Boise saw notable growth. This market did see a pullback in rent growth in the early months of the pandemic, but that downturn took price increases down to 2.6% at its lowest point in June 2020, and growth really took off after that. In the year-ending April, rent growth reached historic highs at 13.8%, the best showing among the nation’s largest 150 apartment markets. Occupancy also reached a recent peak, of 98.2% in April, also one of the best showings nationwide.