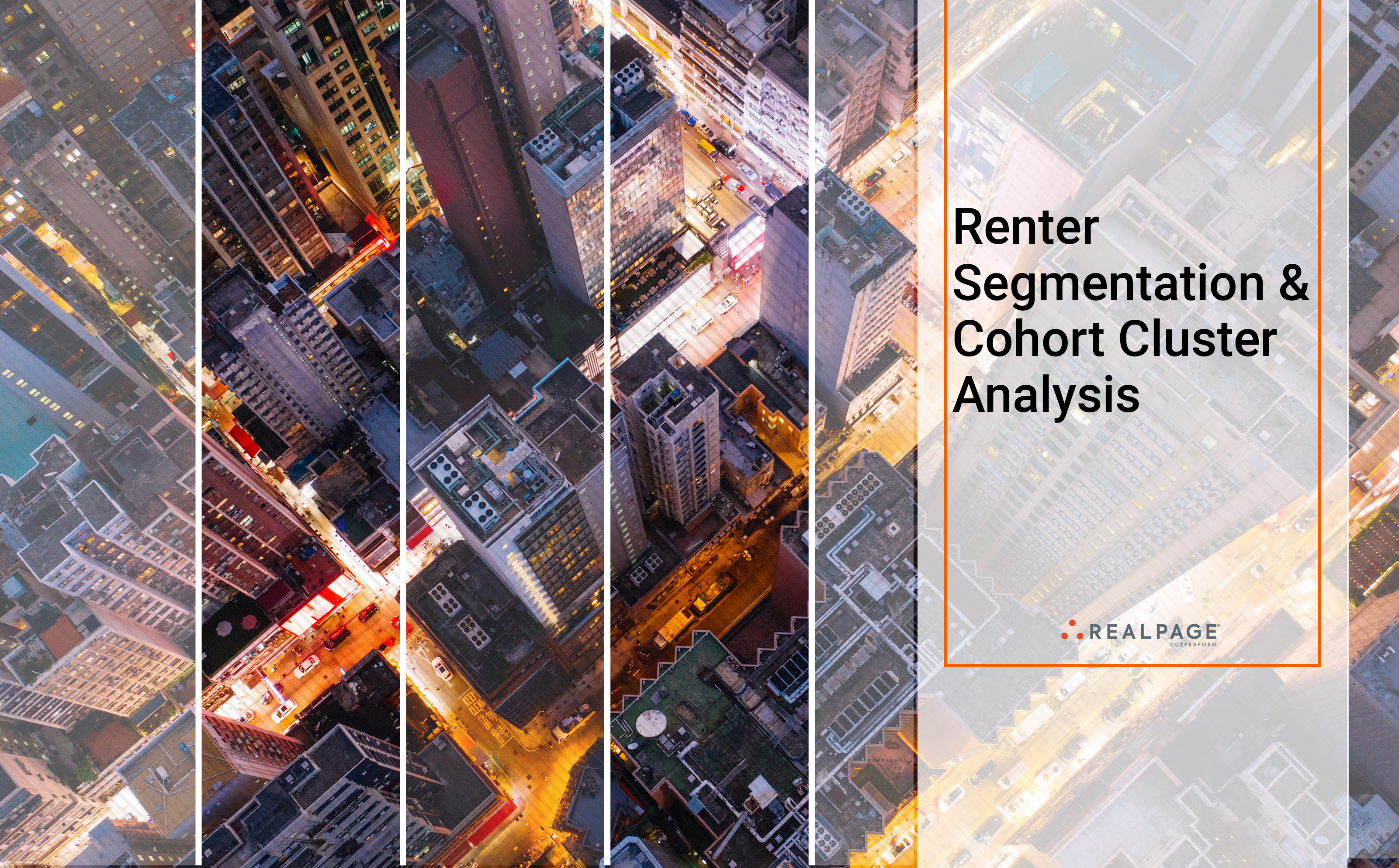 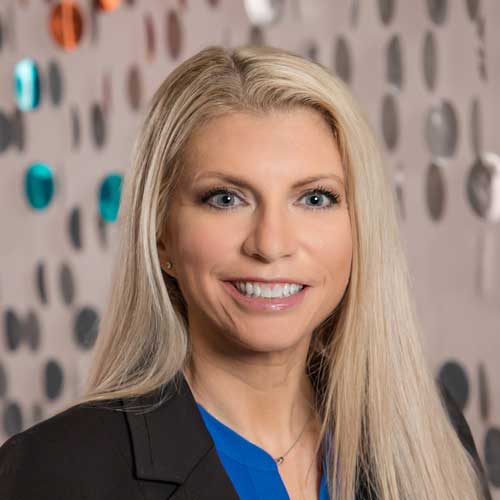 Affluent Singles is the nation’s third-largest renter cohort, making up nearly 16% of apartment renter households in the U.S.

RealPage performed a massive study of more than 11 million individual apartment leases to create an industry-leading cluster analysis of U.S. renters. Those 11+ million leases were analyzed by our team of data scientists who crunched the numbers and identified the most powerful and explanatory variables.  Then, RealPage’s team of data and market analysts distilled that intel into seven individual renter cohorts based on a suite of demographic variables, including renter income, age, marital status, kids, pets and cars. Apartment product selection criteria were also included, such as property age, class, location, number of occupants, lease term, effective rent, rent-to-income ratio, length of stay and propensity to renew. 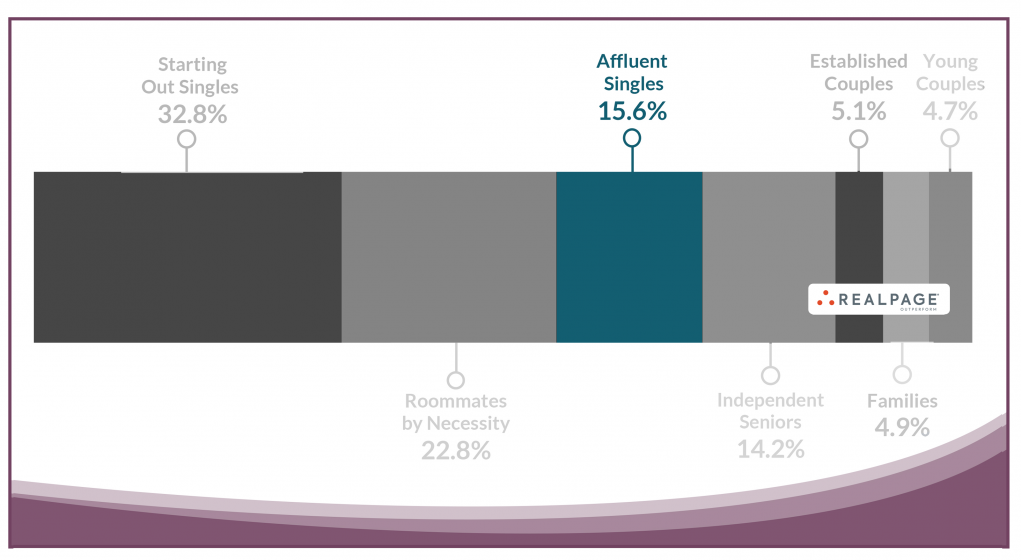 The Affluent Singles group differs in a lot of ways from our first two groups in that the median age is actually second OLDEST among all renter groups at 37.9 years of age (behind Independent Seniors). These folks are well into their career and tend to work in higher paying economic sectors. As a result, the median income of this group of renters is tied with Established Married Couples for the highest income among all cohorts at $100,000 per year. 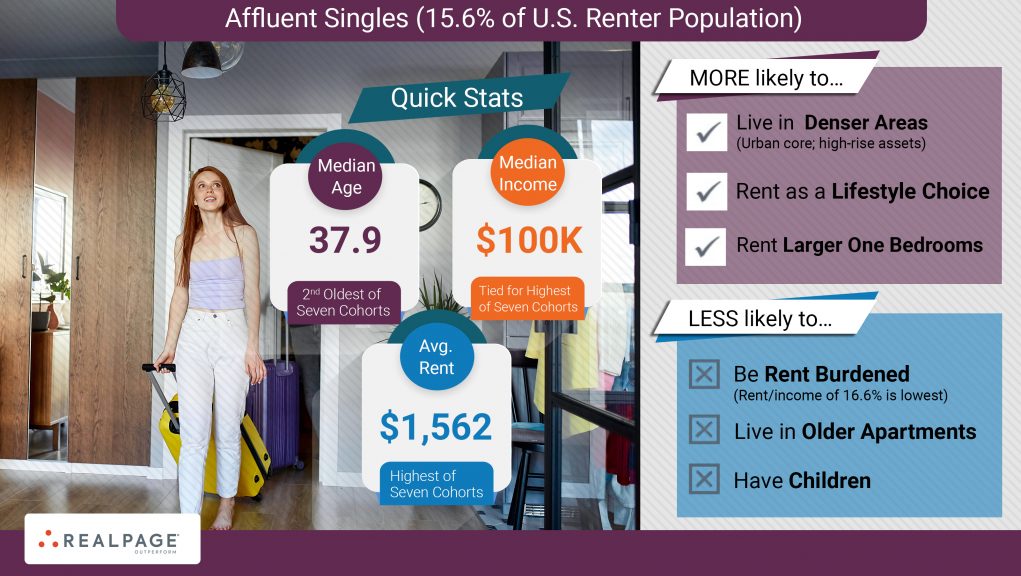 As such, this renter group has a high propensity to rent the more expensive units at a property. With an average rent of $1,562 per month, a lot of Affluent Singles can be found in the urban core as well. Out of the seven cohorts, this is the group with the highest average rental rates.

This is a career-focused subset of renters who are clearly electing to rent by choice rather than necessity, as their high incomes suggests they would be able to qualify for single-family home purchase. In fact, Affluent Singles incomes are actually high enough to offset the very high rental rates. With a rent to income ratio of 16.6%, this is by far the lowest rent-to-income group in the US.

It should be noted that rent-to-income ratio aligns really closely to what we hear in a lot of the REIT earnings calls and what we anecdotally hear from some of our urban-focused or higher-end Class A owner/operators.

Looking at product preference, Affluent Singles are the most likely renter cohort to elect to live in a mid- to high-rise apartment building.  They also generally select larger one-bedroom units, likely with a den or similar space to enable working from home. (Being as career focused as they are, this particular group of renters shows a low likelihood of having children.) Technology offerings, especially fast, reliable internet access and mobile phone network coverage, are going to be paramount to this group in terms of building amenities. That probably comes as no surprise, given that this group of renters tends to work in higher-paying, technology-driven industries that require dependable connectivity.

Not surprisingly, Affluent Singles live in the newest apartment buildings compared to the other renter cohorts.  Further, along with Roommates by Necessity, Affluent Singles have the shortest average least term among the renter population. These folks have the money and the means to live where they choose and are likely to select units based on their work and lifestyle preferences. To target this group of selective renters, operators should focus on a “product” strategy, as opposed to a “price” strategy – modern amenities are absolutely essential to capture these renter households. 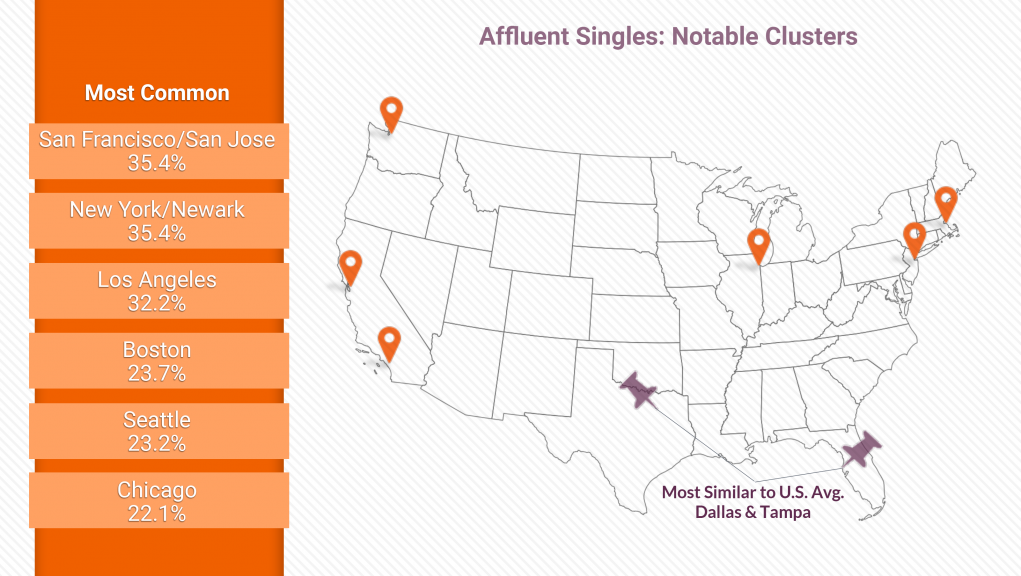 The Affluent Singles cohort map shows a big concentration in the types of markets where career-driven individuals are focused. That also overlaps with areas in which corporate headquarters tend to be clustered and in some of the more expensive pockets of the nation.

On the flipside, the Affluent Singles cluster is sparse in tourism-heavy markets such as Orlando and Las Vegas. In addition, the more affordable metros such as Jacksonville and Indianapolis don’t tend to exhibit a high share of this renter cohort.