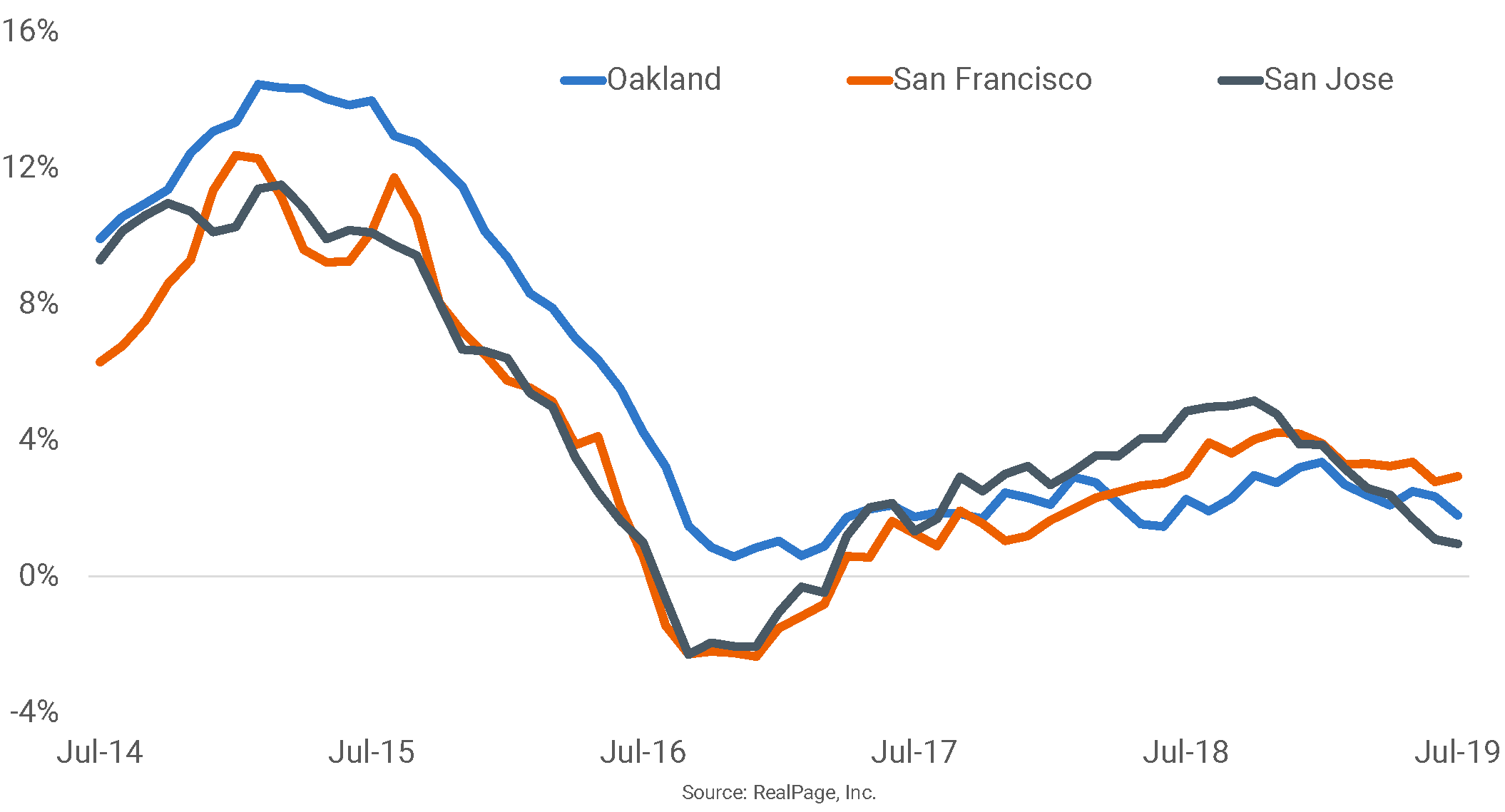 Rent growth in the Bay Area has cooled in recent months, with July’s annual increase falling below 2% for the first time since 2017. The region posted annual rent growth of 1.9% in July, below the U.S. average of 3.1%. Across the three Bay Area markets, San Jose recorded the weakest performance in the past year, with rents increasing just 1.0% over that time. Meanwhile, San Francisco posted the Bay Area’s best performance of 2.9%, though that was slightly under the U.S. norm. Annual rent growth in Oakland registered in the middle of the other two markets, at 1.8% as of July 2019. The region’s recent peak was achieved in October 2018, when operators raised rents 4.1% year-over-year. However, earlier in the cycle, Bay Area markets were national leaders for rent growth, with double-digit increases seen as recently as 2015. Volatile rent performances are common in Northern California. That stands in contrast to occupancy in this undersupplied market, which have remained essentially full since 2010.