Bay Area Rebounds, But Not at Expense of Neighbors 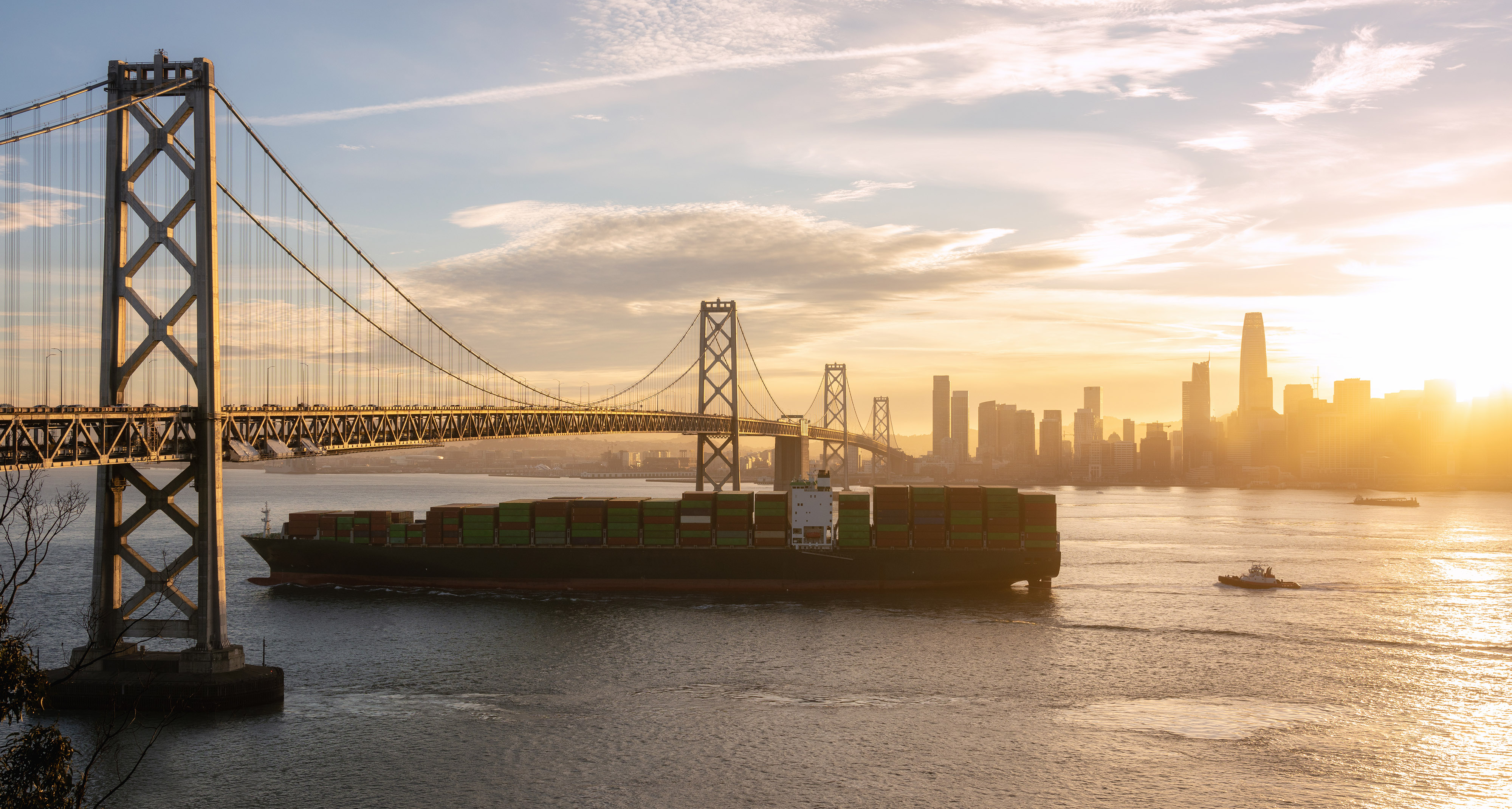 San Francisco’s Bay Area has rebounded, after the region took a significant hit during the initial wave of the COVID-19 pandemic. However, that rebound hasn’t come at the cost of neighboring metros.

Like many major coastal markets across Northern California and the Pacific Northwest, the pace of recovery in the Bay Area still trails the U.S. overall. But promising signs have emerged, as this region shows its strongest fundamentals since the onset of the pandemic. 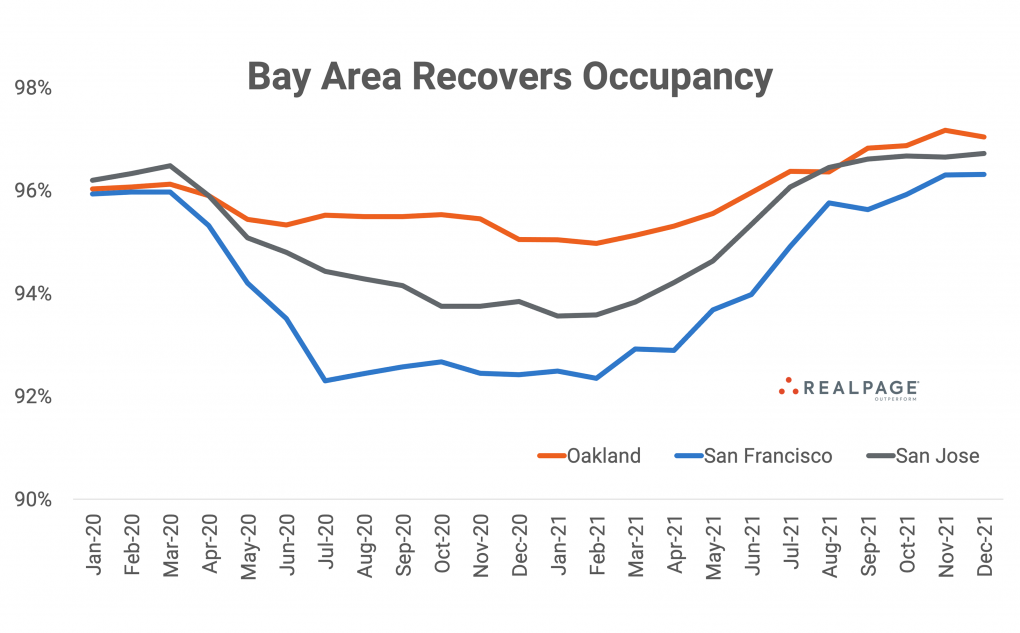 The recent Bay Area rebound was bolstered by the performance in San Francisco, which saw notable occupancy and rent growth jumps in the past year. Apartment demand came pouring back into this market in 2021 after the downturn of 2020, pushing up occupancy. In fact, San Francisco’s occupancy boost of nearly 400 basis points (bps) in 2021 was the largest among the nation’s 50 major U.S. apartment markets. This increase took occupancy rates back to pre-pandemic levels, landing at 96.3% at the end of the year. San Francisco operators took advantage of fewer vacancies and increased rental rates by over 10% in 2021. This was a drastic change after this market suffered annual cuts that got as deep as 21% earlier in the year. 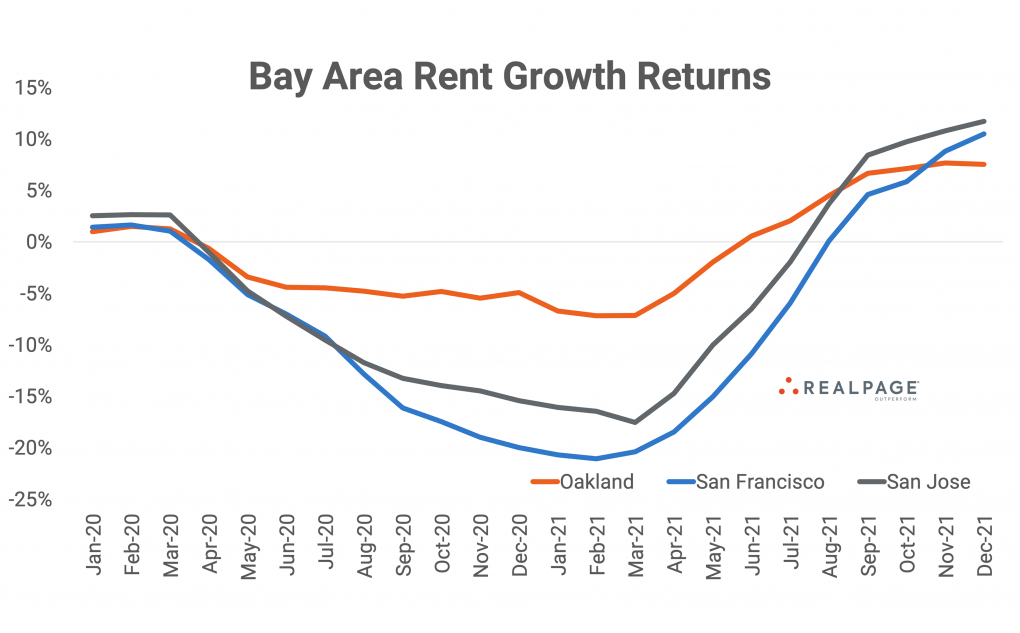 Like San Francisco, San Jose has enjoyed a remarkable rebound recently as an inflow of residents once again boosted household formation. Sizable demand helped occupancy recover from the low point this market saw earlier in the year. Occupancy was at nearly 97% at the end of 2021, after climbing around 300 bps during the year. In reaction to that progress, operators pushed rents in both new leases and renewal leases. San Jose’s annual rent growth was best in the region at over 12% in 2021.

Oakland’s apartment market has also made notable progress, even though this area was generally spared from the same level of decline as San Jose and San Francisco during the pandemic downturn. Like nearby Sacramento, Oakland – with its relative affordability – also benefited from the exodus of renters from San Francisco and San Jose in 2020 and into 2021. Thus, occupancy and rents remained stable during the pandemic downturn. And yet, Oakland has also enjoyed the recent upturn. As a result, occupancy around the 97% mark clocked in slightly ahead of the rest of the region, but the annual increase was softer, closer to 200 bps. Rent growth has returned to Oakland and was solid around the 10% mark. This market also saw rent cuts earlier in the pandemic, but not to the extent of its neighbors.

Sacramento Holds Its Own

With all the rebound that has happened in the Bay Area apartment markets, one might be concerned that the renters who fled to nearby markets like Sacramento during 2020 and 2021 may be leaving those areas high and dry once again. But that’s not the case. 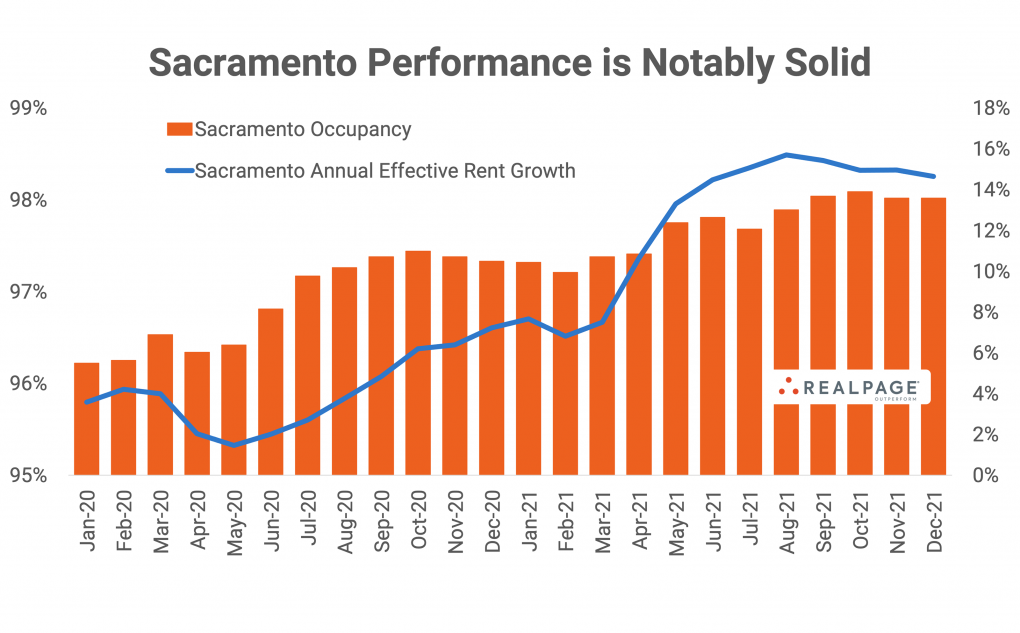 In fact, after becoming one of the nation’s strongest apartment markets in the past few years, the performance in Sacramento continued to improve throughout 2021. After demand for apartments in Sacramento surged in 2020, as the market captured renters fleeing expensive nearby markets, this area’s existing product inventory reached full capacity, and rents were still climbing at a very fast pace as of December. Occupancy here registered at 98%, a spot the market has clung tightly to during much of 2021. While annual effective rent growth in Sacramento came down a bit at the end of 2021, rates still hovered around the 15% mark. This growth pace was notably high for this market.