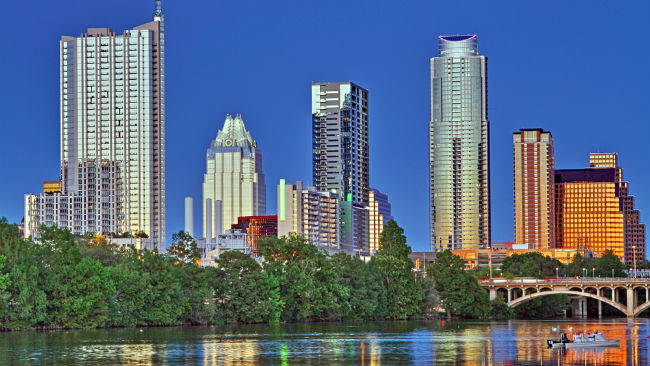 Occupancy in Austin’s market-rate apartment stock averaged at 94% as of March. This was one of the lowest rates nationwide and below the market’s five-year average. Occupancy in Austin has fallen 100 basis points (bps) in the past year and is down a notable 210 bps from the recent high of 96.1% seen in September 2019. 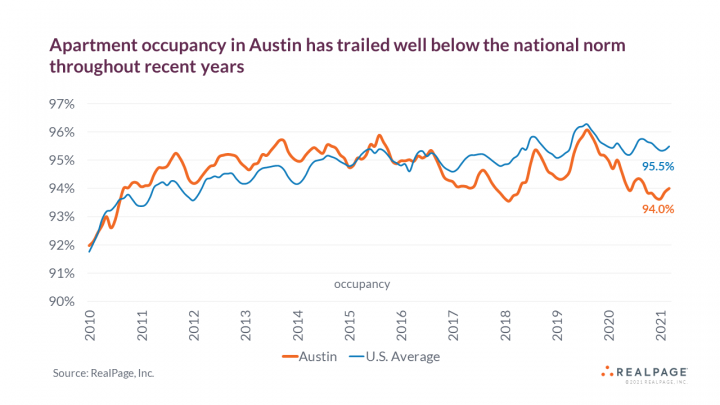 Toward the end of 2019, Austin occupancy was ranking essentially in line with the U.S. average. But this market saw occupancy dive much more notably during the COVID-19 pandemic, and Austin’s rate is now 150 bps behind the national norm.

Austin joins other Texas markets as some of the nation’s worst occupancy showings in March, with the performances here hurt by aggressive levels of construction seen in recent years.

Influencing the overall occupancy performance in Austin, resident churn at initial lease expiration tends to be a little higher than in most spots. Residents move around for jobs a lot in Austin, and household composition here changes frequently, since so many of the renters are comparatively young.

For more information on the Austin apartment market, watch the latest Realpage webcast Up Close and Local: Austin Market Update.