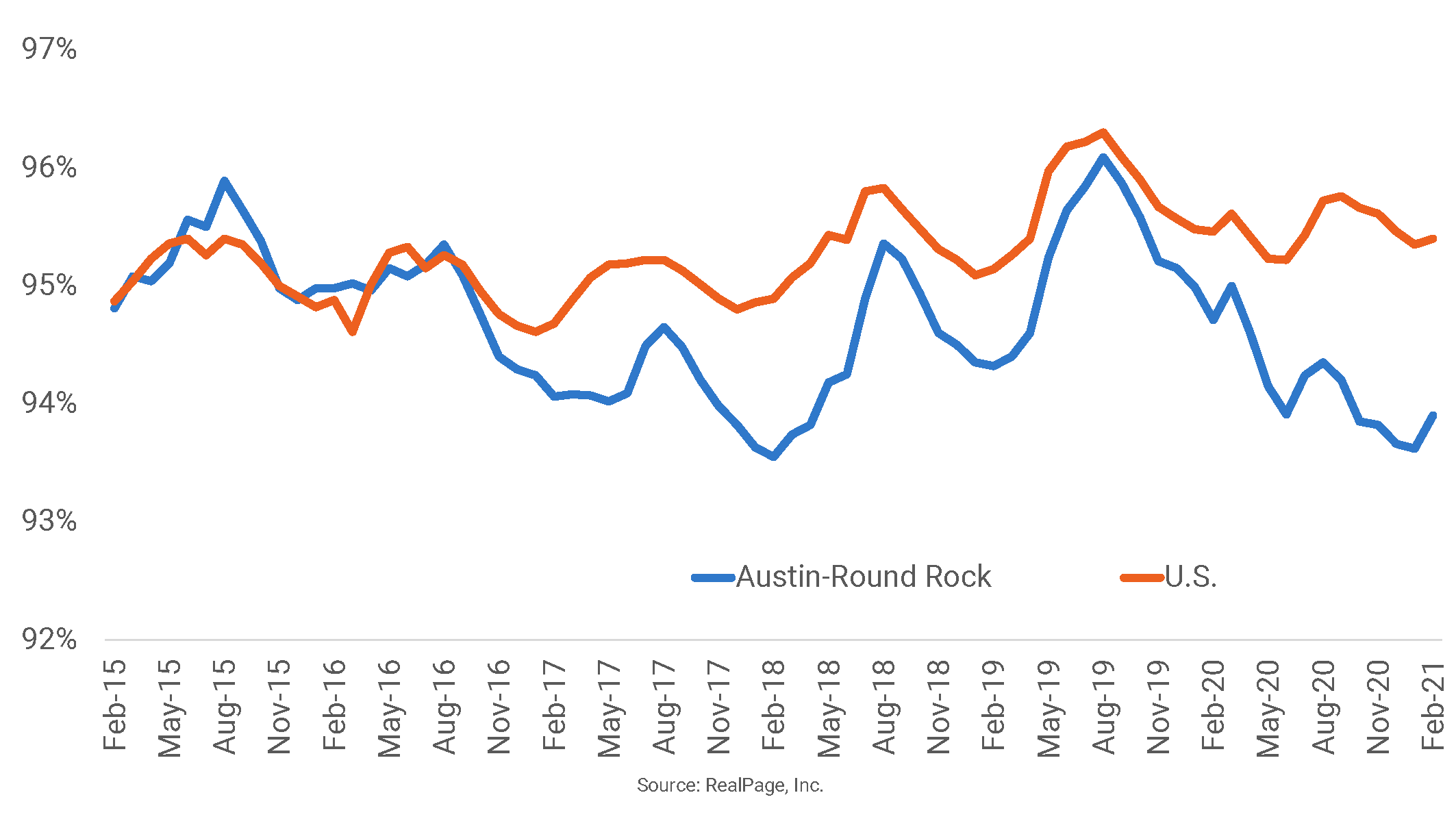 After trending downward for five months straight, apartment occupancy in Austin ceased its freefall in February. Occupancy inched up 30 basis points (bps) between January and February, taking the rate to 93.9%. Still, occupancy in Austin is well below the market’s decade peak of 96.1% from August 2019 and one of the worst readings among the nation’s 50 largest apartment markets. Also, previous declines left the February 2021 rate 80 bps behind year-over-year. Dampening Austin’s occupancy progress has been a large volume of completions. Over the past year, over 9,900 new units came online in the market, swelling the existing base by 4%. Austin tied with Nashville for the most significant inventory increase in the nation. Occupancy was weakest among Austin’s Class A units, though that product has shown some improvement in recent months.