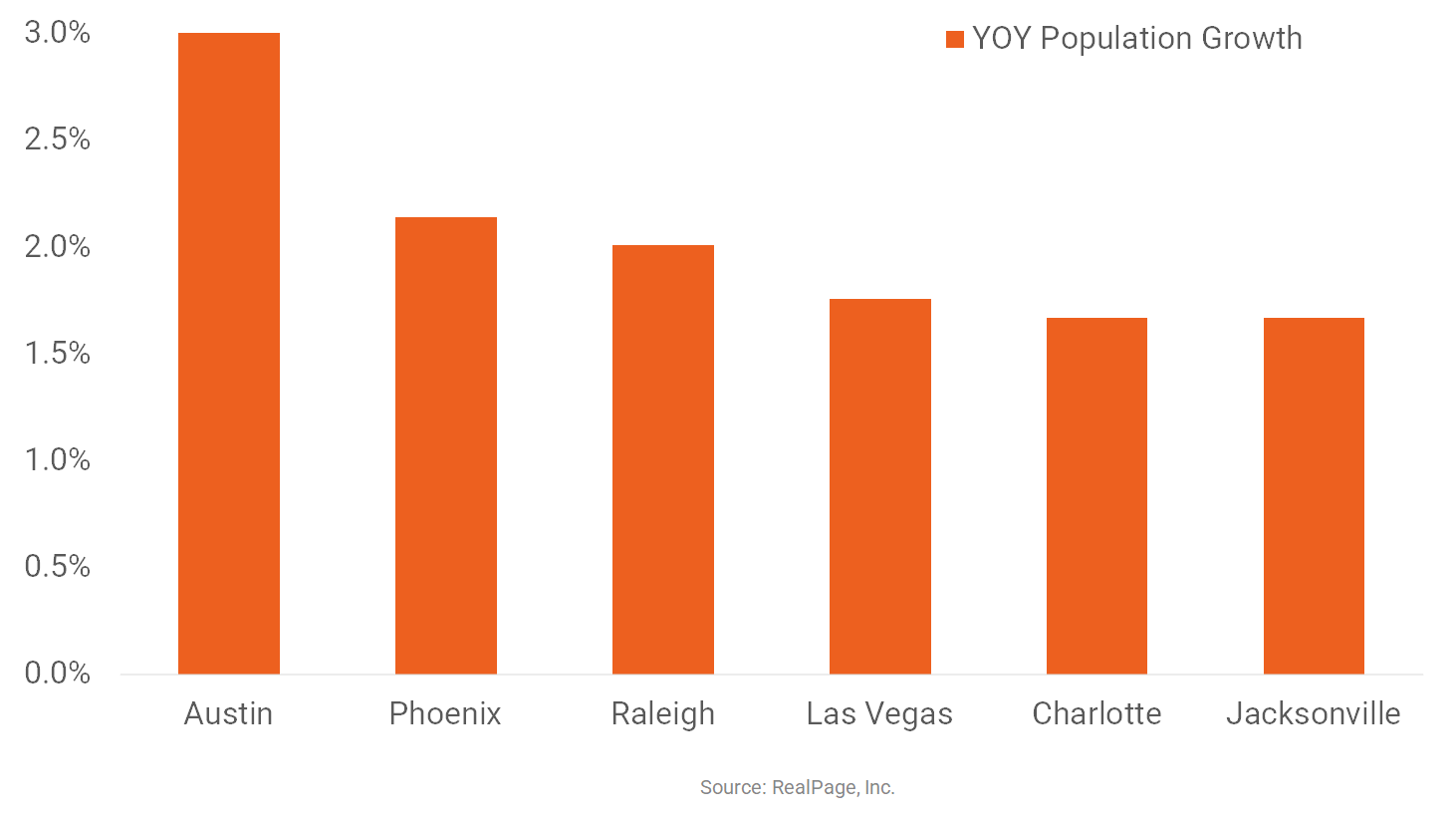 Austin led the nation’s largest apartment markets for population growth in 2020. Austin’s total population grew 3% year-over-year, according to the 2020 population estimates recently released by the U.S. Census Bureau. This growth rate translates to a gain of more than 67,000 people between 2019 and 2020, adding up to a total population of almost 2.3 million people now living in the Texas capital. Austin’s growth rate led the nation’s other large markets by a notable margin, well ahead of the increase of around 2% seen in Phoenix and Raleigh (which does not include Durham in the Census data), and growth just shy of 2% in Las Vegas, Charlotte and Jacksonville. Several factors have helped Austin gain appeal in recent years, including relative affordability, especially for those moving from expensive coastal gateway metros. The state capital also encompasses a diverse and exceptionally robust economy that offers strong incomes. These wages go even further given the fact that Texas doesn’t have a state income tax. Many of these tailwinds have also grabbed the attention of big businesses. As companies are finding working remote a more viable option over the past year, many have stated the benefits of relocation to Austin. Most notable include tech companies such as HP, Oracle, and Tesla.