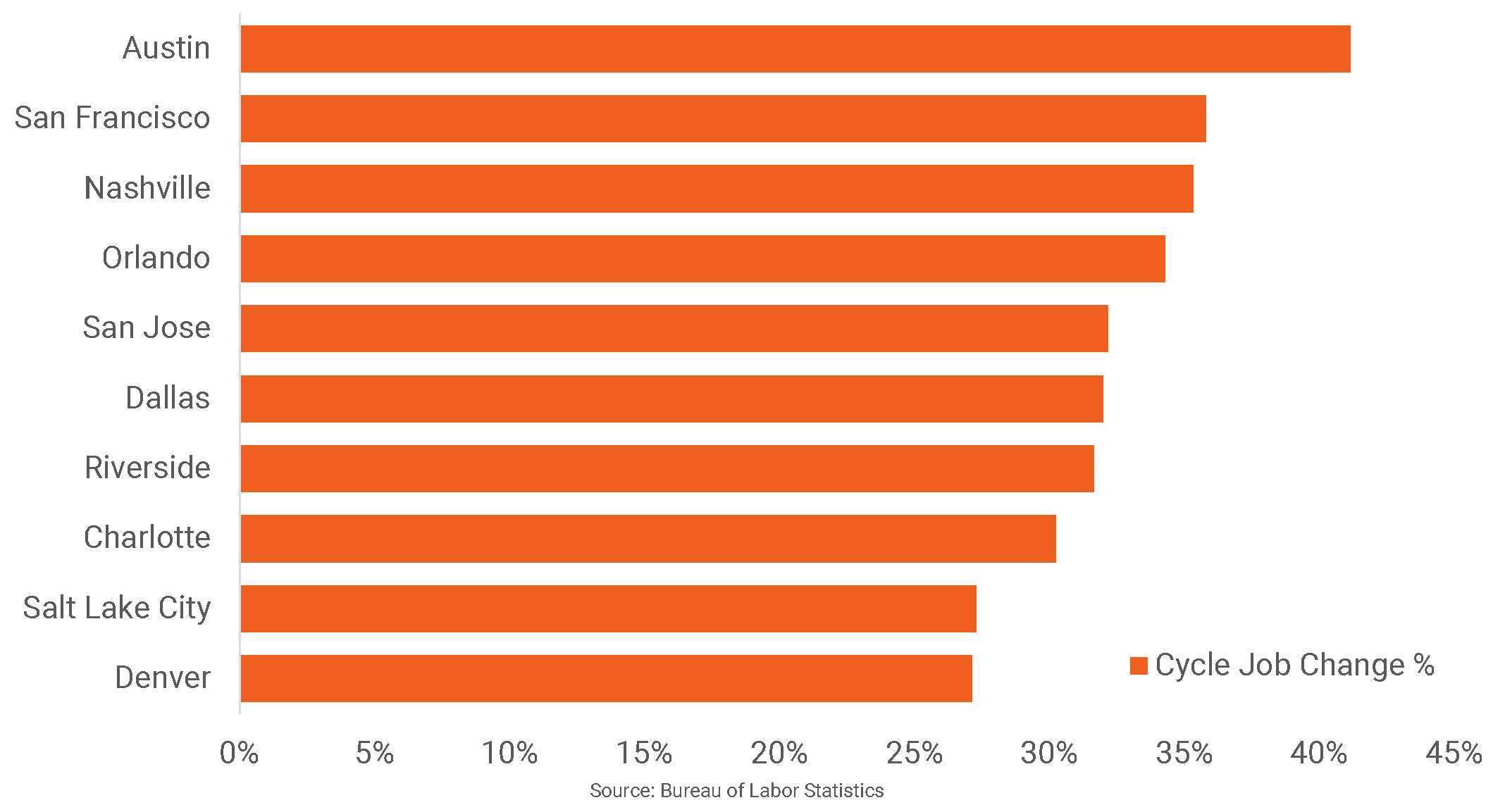 The national job base has grown 12.7% in the current economic cycle, but some markets have seen much higher growth. Austin’s job base, for example, has expanded faster than any other large market in the nation during the current economic cycle. Since early 2010, Austin has added nearly 318,000 jobs, translating to an employment base increase of 41.2%. That’s more than three times the national growth rate. It’s not surprising to see job creation giants like the Bay Area markets or Dallas on the top 10 list for employment growth leaders, but a few other markets are also adding jobs at a notable clip. The employment markets in Nashville and Orlando have grown at nearly three times the national average, increasing by roughly 34% to 35% in the current cycle. Growing at roughly twice the pace of the U.S. norm were Riverside, Charlotte, Salt Lake City and Denver, where employment has increased by about 27% to 32% since early 2010. Just missing out on a top 10 ranking, but still expanding employment by twice the national average, were Las Vegas, West Palm Beach, Seattle, San Antonio and Phoenix, where the local job markets swelled between 26% and 27%.