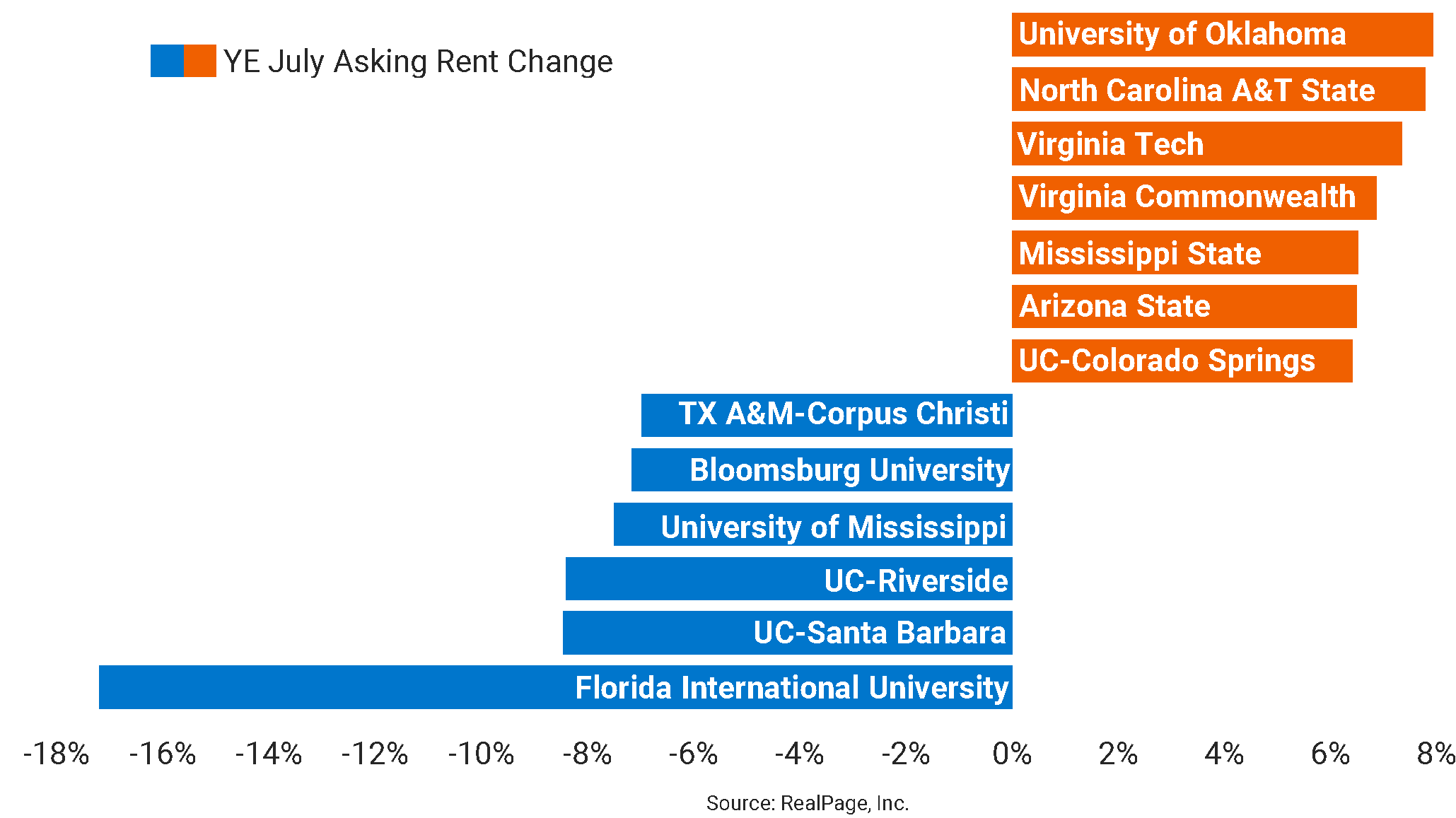 While annual asking rent change among student housing units has come down notably in recent months, challenges have varied by university. Among the 175 core universities tracked by RealPage, some of the biggest schools leading the nation for asking rent growth include the University of Oklahoma, Virginia Tech, Mississippi State and Arizona State University. While many of these schools have seen their fair share of new development in recent years (particularly Arizona State University, which is a top 5 new construction campus this past decade), there has been solid demand to offset those headwinds. Other schools doing well, like Virginia Commonwealth University, Arkansas State University, Utah State University and Bowling Green State University, owe more of their recent success to manageable construction volumes more so than exceptional enrollment growth. Unfortunately, not every campus has experienced solid performance. Seven schools have seen rents cut by at least 6% during the Fall 2020 leasing season, but none more so than Florida International University, which has lost a staggering 17.2% on asking rental rates this year alone. Meanwhile several schools in the California university system have also struggled due to plans to shift all learning to a remote format this year.