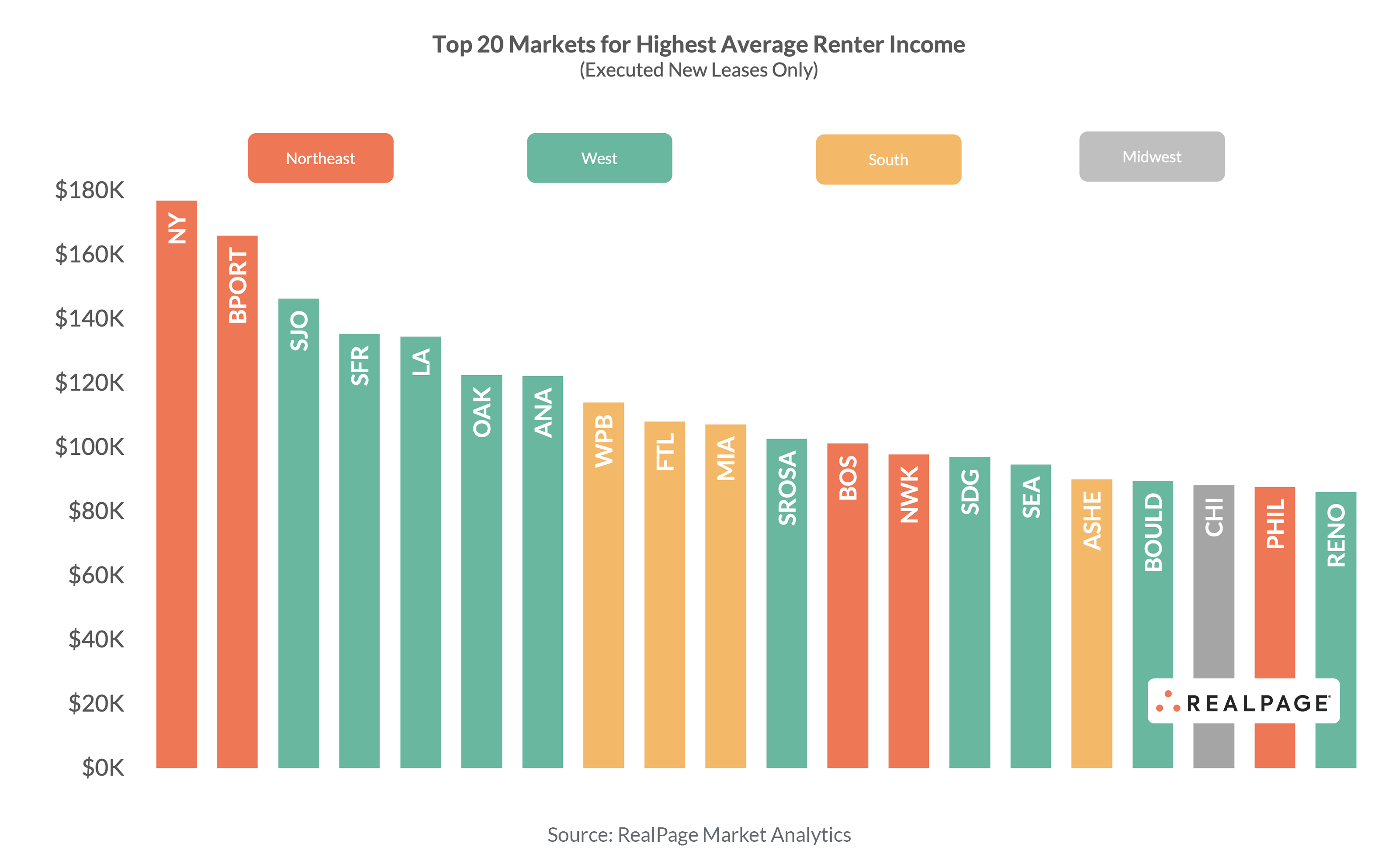 While data showing the highest average income level among new lease signees by metro largely aligns with higher cost-of-living coastal markets, there are a few exceptions. One (perhaps surprising) market that makes the top 20 list for renter incomes is Asheville, North Carolina. Asheville is counter to this broader trend of big incomes in pricey Gateway markets (New York, San Francisco, Southern California) or sister markets that benefit from a location on the fringe of bigger, more expensive locales (Newark, Santa Rosa, Boulder). Asheville is nestled in the western North Carolina mountains and is a decent drive from nearby major metro areas (Charlotte is nearly a two hour drive, while Atlanta is about three hours away). Asheville is somewhat peculiar relative to its South region counterparts as well, with only the trio of South Florida markets (West Palm Beach, Fort Lauderdale and Miami) making the top 20 list for renter incomes. As such, developers have keyed into Asheville, NC as a quickly growing market with sizable incomes. Asheville’s existing apartment count grew by some 40%-plus over the past decade, one of the ten-fastest growth rates in the nation, according to data from RealPage Market Analytics. In fact, growth in Asheville has recently propelled the market into RealPage’s Top 150 metros (a ranking based on existing units). Asheville’s high income levels likely point to its growing reputation as a desirable retirement area, alongside the work-from-anywhere trend which has likely further boosted Asheville renter demand.