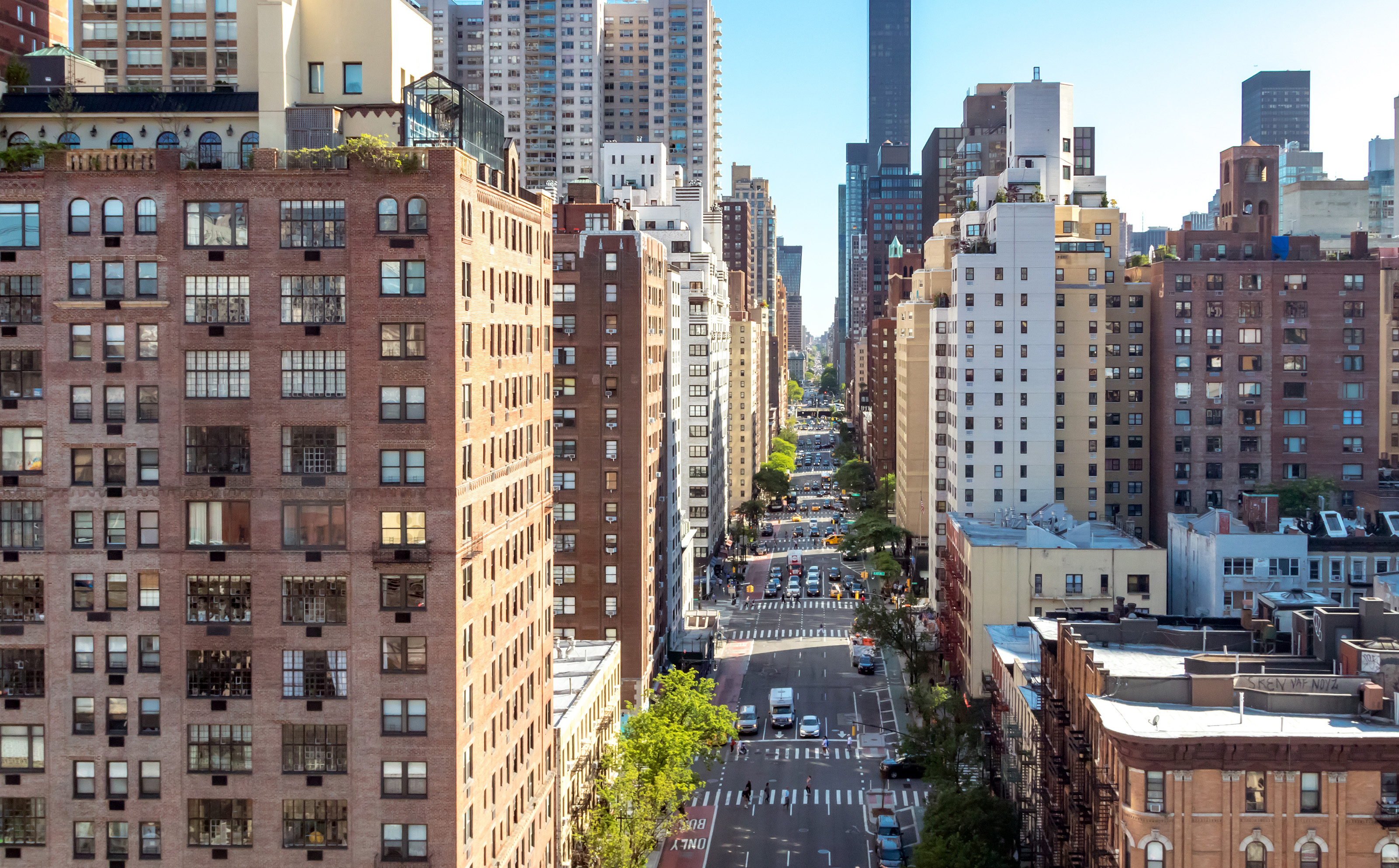 The characteristically stable Great Lakes region continued to log a steady apartment market performance in the past year when other regions in the U.S. were more volatile.

Looking at annual rent change by year dating back to 2000, the weighted average of associated markets within the regions have been varied. But in the Great Lakes, the variance has been limited. Rarely does this region’s annual rent growth exceed national norms, nor does it fall notably below those levels. Even during the worst of times, the Great Lakes region rarely sees rent growth dip into negative territory. In fact, this region has seen rent cuts in only three of the past 20 years. 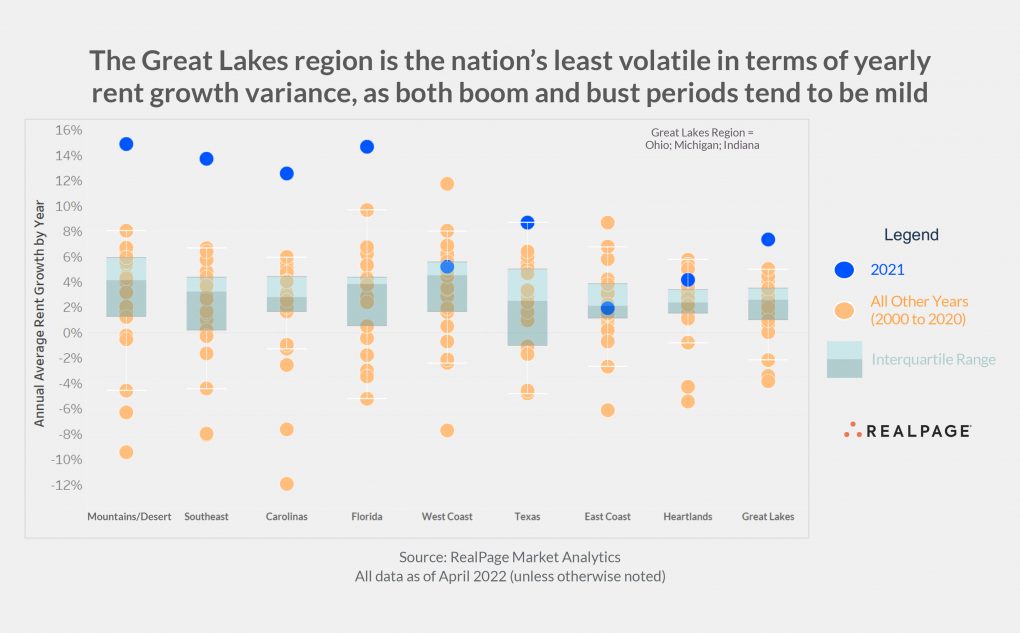 The Mountains/Desert region markets logged the most volatility in the past two decades, as this area of the country has seen sizable in-migration and developers have kicked up construction activity in attempt to keep up with the population influx.

In 2021, annual average effective asking rent growth was at about 8% in the Great Lakes region markets, including those across Ohio, Michigan and Indiana, according to data from RealPage Market Analytics. While 2021 was clearly an outlier, with rent growth kicked up a notch, growth in the Great Lakes is still limited compared to the much more volatile regions like the Mountains/Desert area, the Southeast, the Carolinas and Florida.