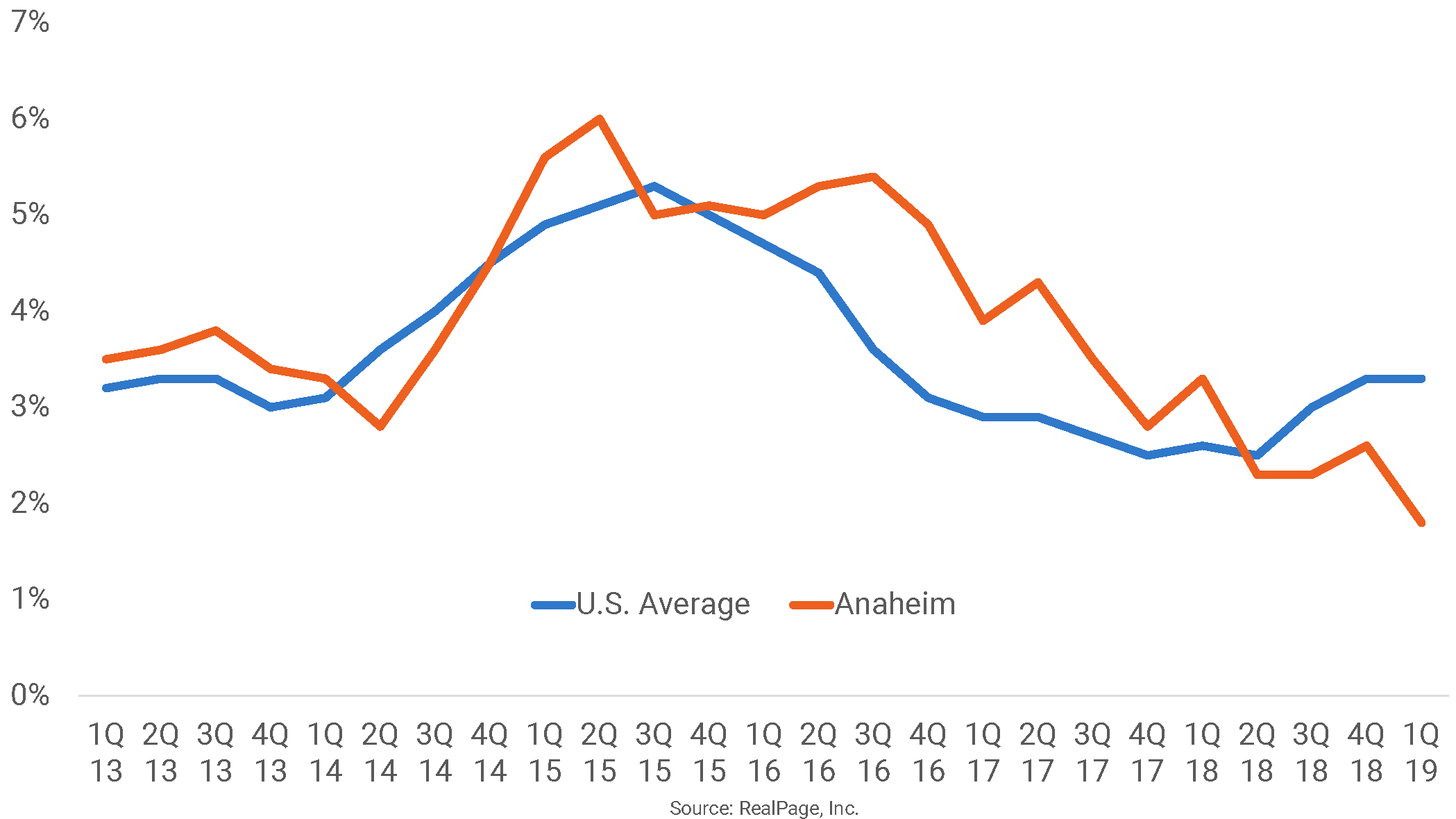 In 1st quarter 2019, Anaheim logged the third-largest deceleration of rent growth among the nation’s largest apartment markets. Apartment rents in Orange County rose 1.8% annually in 1st quarter, down 140 basis points (bps) from the 3.2% increase a year earlier. The only other major markets to lose as much steam were Houston (down 410 bps amidst post-Hurricane Harvey fall out) and Orlando (down 300 bps). Slowing rent growth over the past year continues the downward trend in Anaheim since 2016’s 3rd quarter, when rent growth registered at 5.4%. Orange County outpaced the national average from early 2016 until mid-2018. The especially steep decline over the past year came as several economic metrics – including job growth – cast doubt on the overall health of the local economy. However, the economic picture has proven to be not as shaky as initially reported – especially on the jobs front.