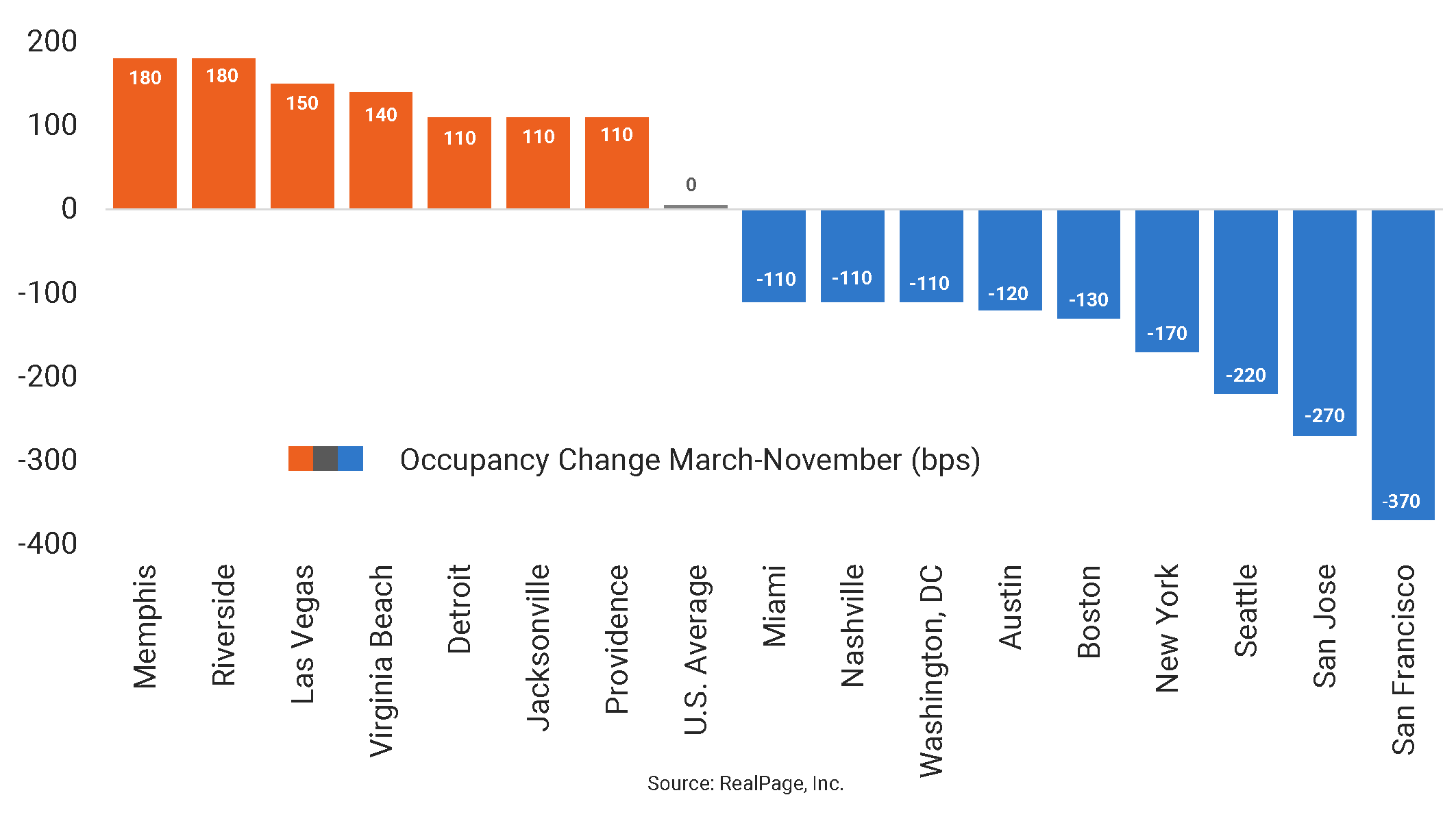 While most of the nation’s 50 largest apartment markets surrendered some occupancy during the worst months of the pandemic, the number of markets showing improvement has been steadily increasing. Between March and November, occupancy improved across 23 markets. Memphis and Riverside led the way, with occupancy increasing by 180 basis points (bps) between March and November. Five other markets recorded gains of more than 100 bps, including Las Vegas (150 bps), Virginia Beach (140 bps), Detroit (110 bps), Jacksonville (110 bps) and Providence (110 bps). On the other hand, one-fourth of the nation’s 50 largest markets posted downturns in occupancy from March to November. The steepest declines were recorded across some of the nation’s gateway markets, with the weakest performance hitting San Francisco, where occupancy dove by 370 bps. Neighboring San Jose also saw a notable decline of 270 bps. Three other metros (all gateway markets) recorded occupancy drops of at least 130 bps, including Seattle (-220 bps), New York (-170 bps) and Boston (-130 bps). Other areas that lost at least 110 bps in occupancy were Austin (-120 bps), Miami (-110 bps), Nashville (-110 bps) and Washington, DC (-110 bps). In the U.S. overall, occupancy was unchanged from March to November.