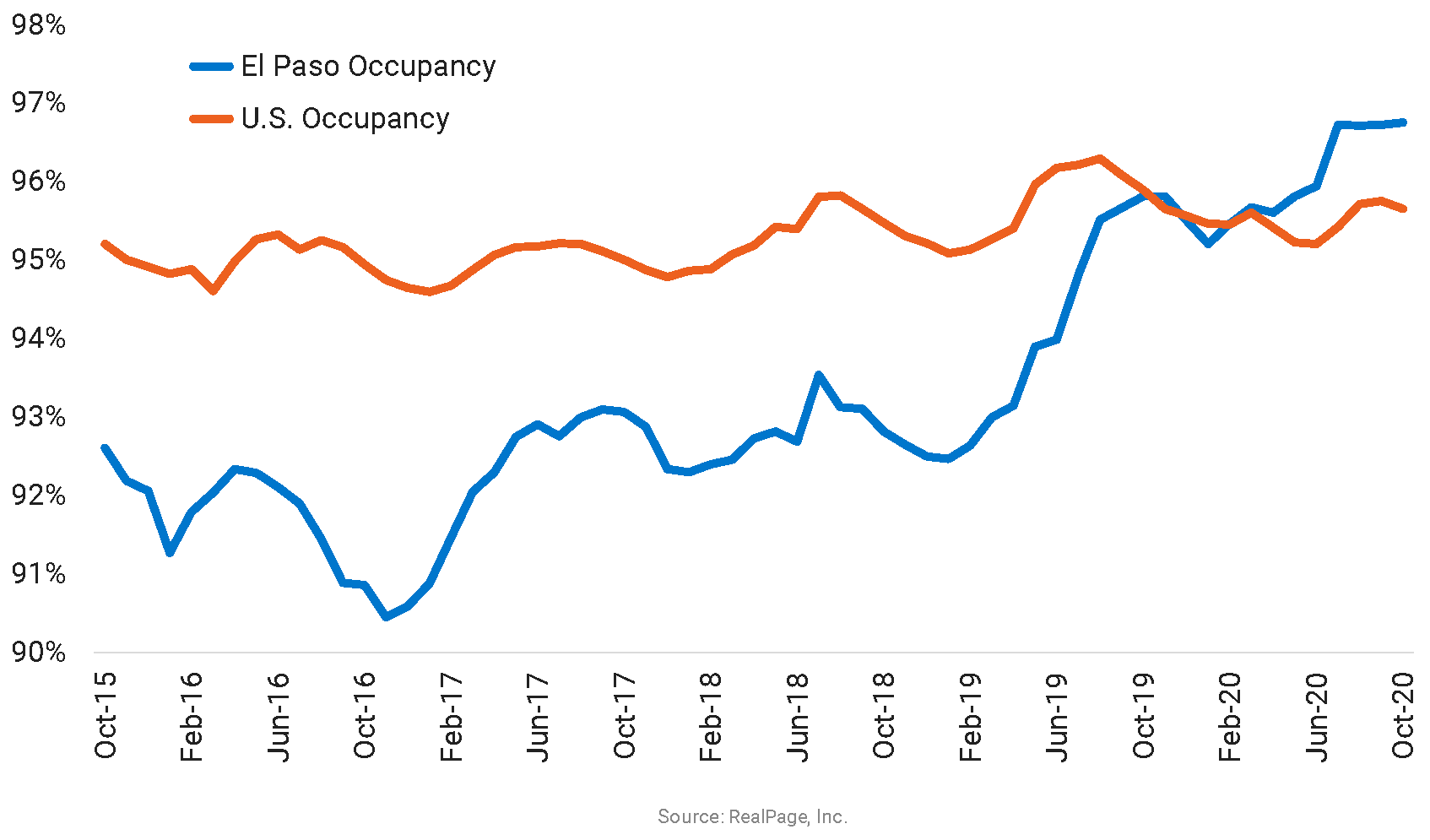 El Paso apartment occupancy is at its tightest rate in nearly ten years. At 96.8%, October occupancy in El Paso was essentially unchanged since September but was up 90 basis points year-over-year. The last time occupancy in El Paso was this high was in December 2010. Additionally, October occupancy was well above the market’s five-year average (93.3%) and outperformed the national norm by 110 basis points. Though El Paso was a high-vacancy market in 2012 through much of 2019, with occupancy rates generally landing around 92% to 93%, occupancy here showed notable improvement more recently, registering above 95% for the past 15 months. And after underperforming the national average for roughly seven years, El Paso has now outperformed the national norm for the past eight months.