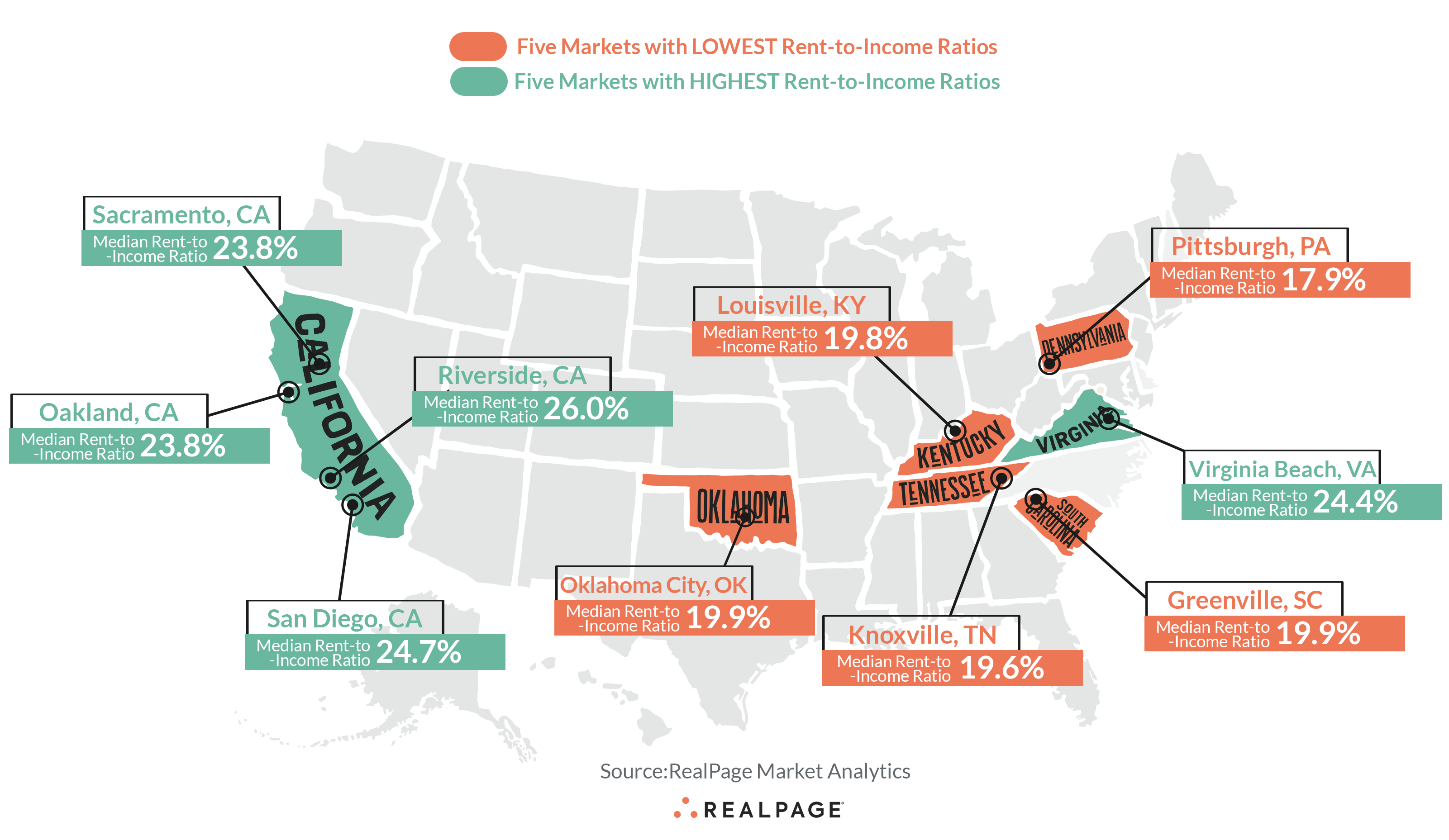 Rent-to-income ratios across the nation are tightly clustered, but some markets stand out as more affordable than others. While conventional apartment rent growth has increased notably in recent years, so have market-rate renter incomes. Nationwide, the share of income spent on rent remains at 23.2%, according to data from RealPage Market Analytics. Ths is well below the generally accepted affordability ceiling of 33%. Pittsburgh renters spend the least amount of income on rent (17.9%), while a handful of southern markets are not far behind: Knoxville, Louisville, Greenville and Oklahoma City, each with rent-to-income ratios just shy of 20%. On the other hand, mostly California markets led the nation for highest rent-to-income ratios. Riverside renters spend about 26% of their incomes on rent, while the ratio is nearly 25% in San Diego, and around the 24% mark in Oakland and Sacramento. On the East Coast, Virginia Beach also logs a rent-to-income ratio of roughly 24%.