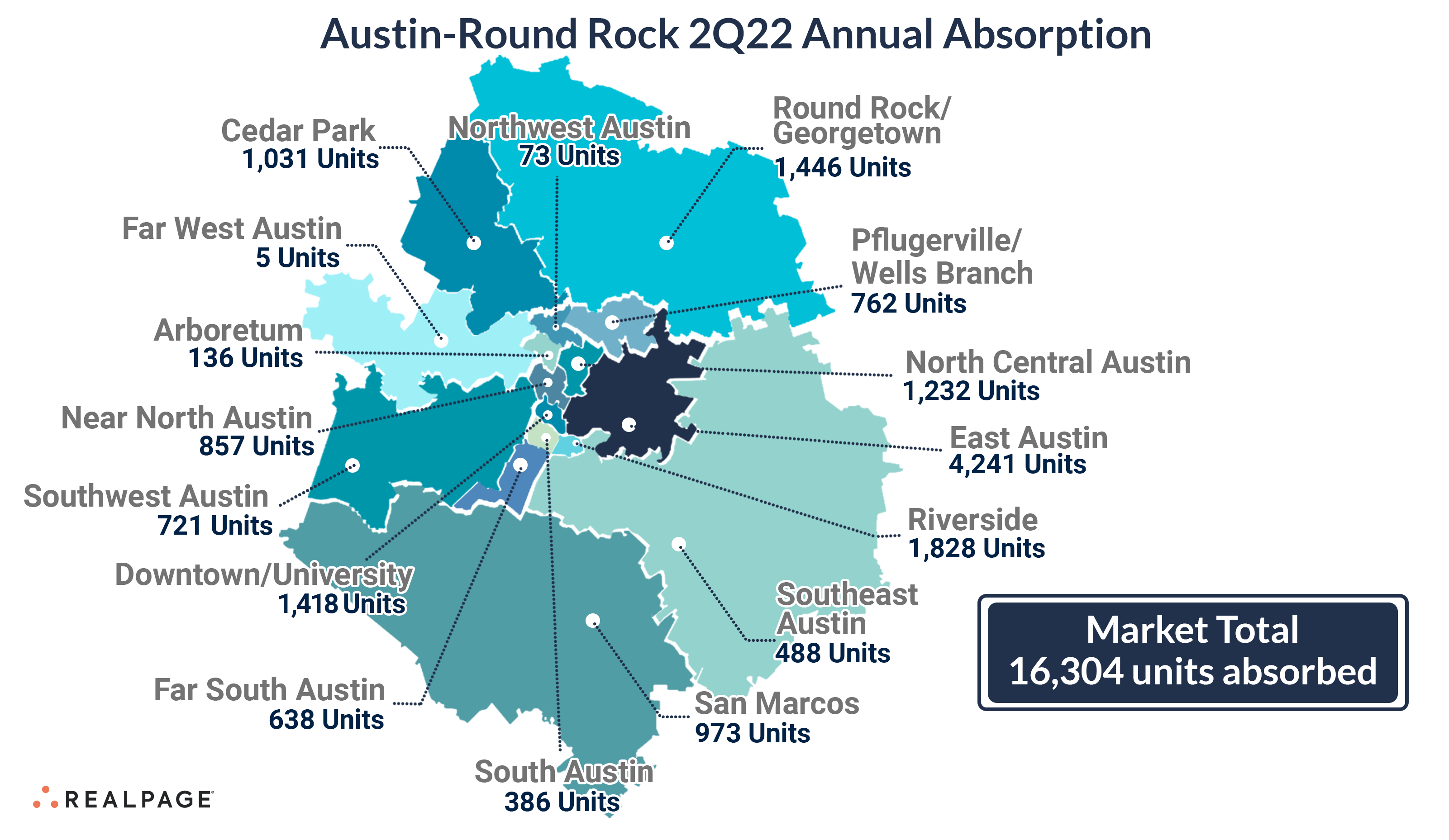 Of the more than 16,000 apartment units absorbed in the Austin-Round Rock market in the year-ending 2nd quarter 2022, over a quarter were absorbed in the East Austin submarket alone. East Austin – loosely bounded by Interstate 35 to the west, the Colorado River to the south, Elgin to the east and Austin Executive Airport to the north – is home to Tesla’s 2,500-acre Gigafactory that is nearing a production capacity of 1,000 vehicles per week. East Austin absorbed over 4,200 apartments in the past year, according to data from RealPage Market Analytics. The Downtown/University and Riverside submarkets also reported strong demand of about 1,500 units each. Meanwhile, virtually no absorption was recorded in submarkets that had no new supply come online during that time, such as the Arboretum, Northwest Austin and Far West Austin areas. Occupancy in East Austin registered a hair below (10 basis points) the market average of 96.2% in 2nd quarter 2022 and rents ran about $100 above the market average of $1,765.