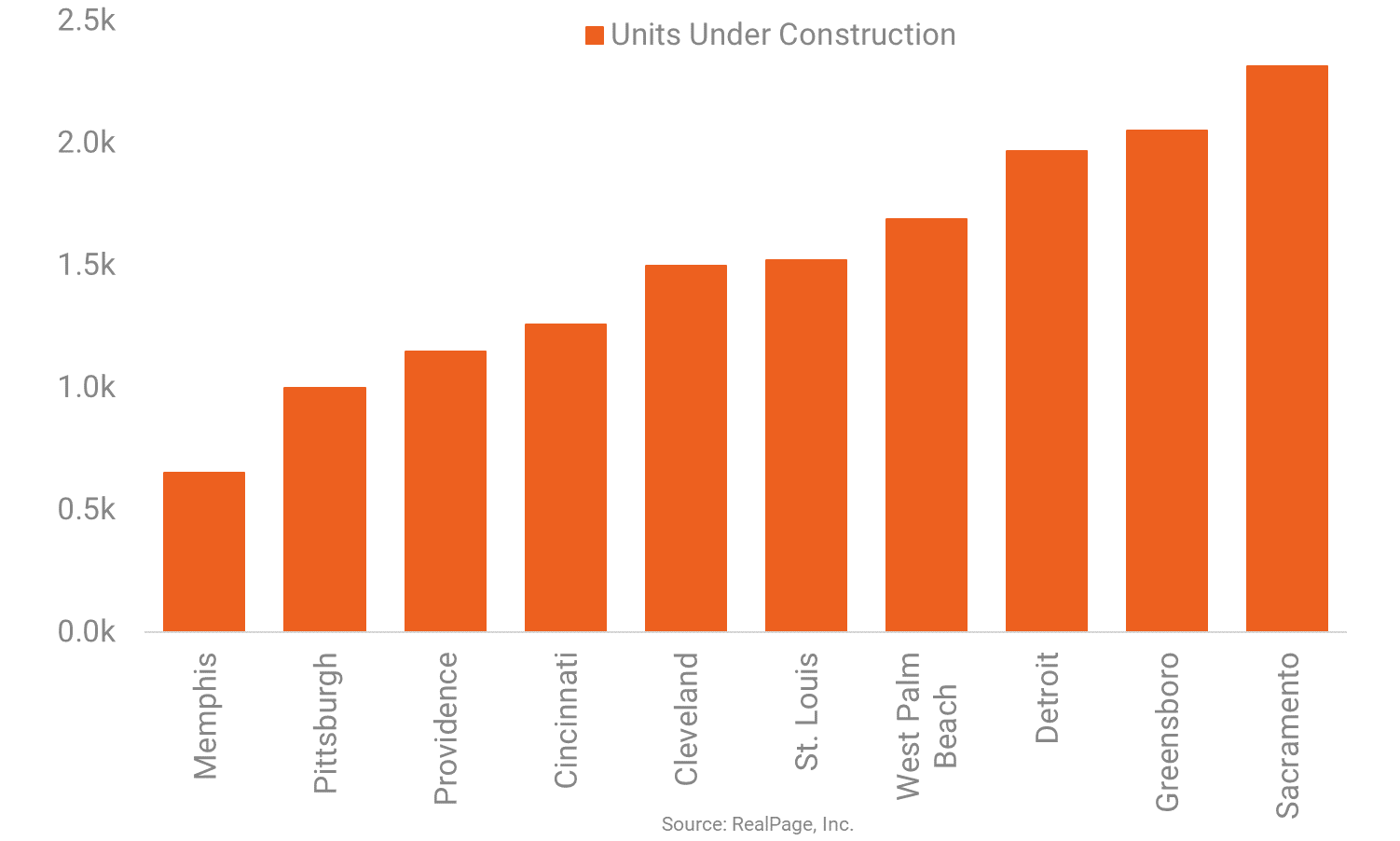 While national apartment completion volumes are hitting three-decade highs, building is limited in some individual markets. Among the 50 largest U.S. markets, Memphis registers the fewest apartments on the way, with roughly 700 units under construction as of mid-2018. Building in Memphis is being held back by slow growth in the local economy and, thus, limited demand for additional housing. Furthermore, rents in most Memphis neighborhoods are too low to justify the expenditures required to deliver new apartments. Most of the other big markets where apartment construction is limited register the same development challenges seen in Memphis. However, it’s surprising that building isn’t more substantial in a couple of spots. Ongoing construction in West Palm Beach is held to about 1,700 units, less than half the under-construction volume a couple of years ago. In Sacramento, product on the way totals just 2,300 units, whereas ongoing construction in past cycles got as high as roughly 3,500 units. Making the moderate building seen in Sacramento quite surprising, the metro was one of the country’s rent growth leaders throughout 2016 and 2017.