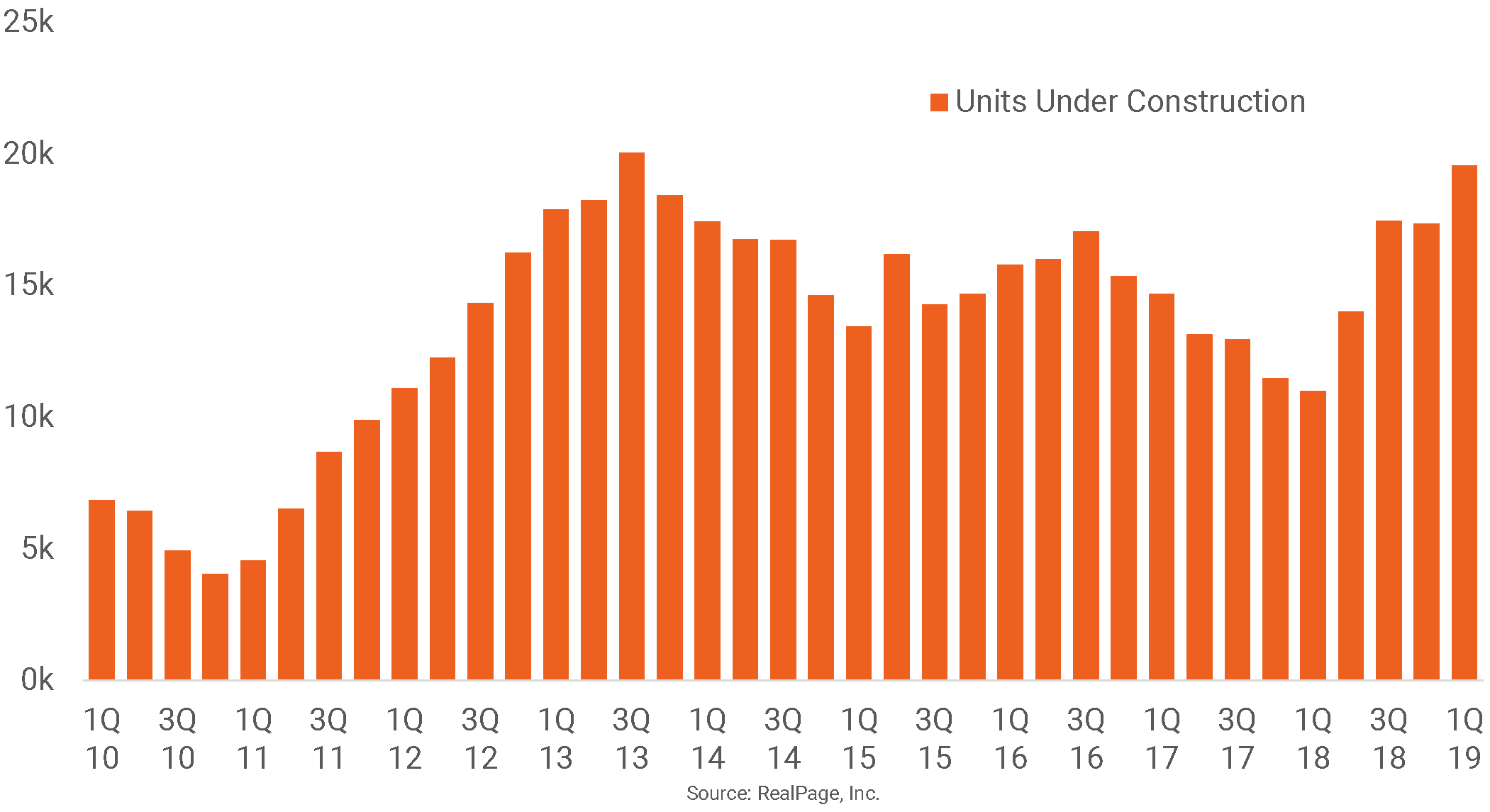 by   Greg Willett
in   Insights ,   Uncategorized

The apartment construction pace in metro Washington, DC has accelerated quite a bit during the current economic cycle, with total completions since early 2010 reaching about 106,000 market-rate units. While the product has been absorbed with essentially no damage to overall occupancy, it’s been tough to push rents with so many apartments moving through initial lease-up. Building activity has appeared on a path toward slowing a couple of times, only to have an additional burst of starts come quickly. Another jump in the construction volume is registering now. Market-rate product under construction as of early 2019 reaches some 19,600 units, back to the high registered in 2013.