These Markets Avoided Rent Cuts in the 2020 Recession 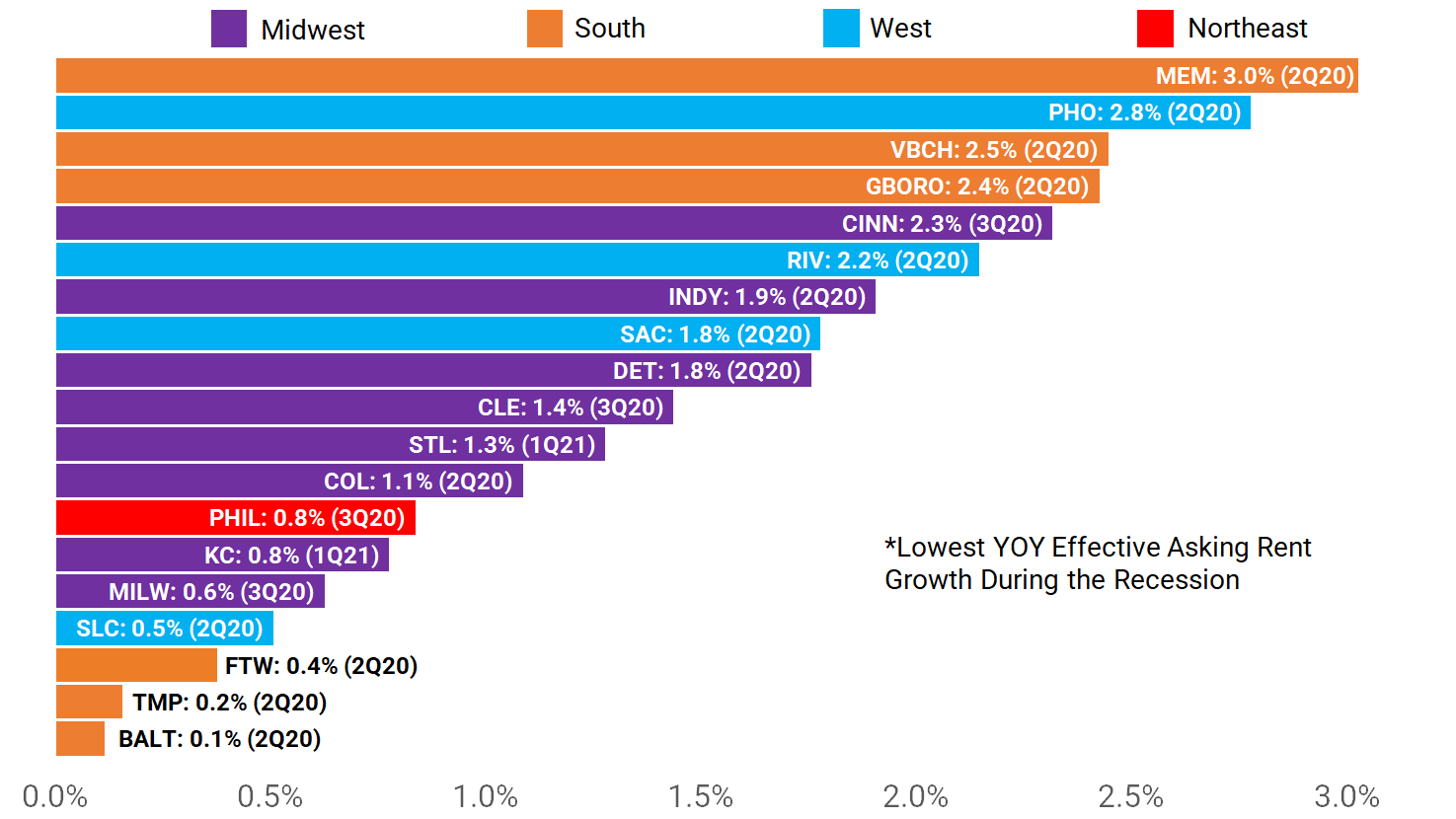 While the national average rental rate dropped by 1.3% at the lowest point of the 2020 downturn, it wasn’t uncommon for individual markets to remain in positive rent growth territory despite the recession. Altogether, a total of 19 of the nation’s 50 primary metros were spared rent cuts through the national downturn which spanned from 2nd quarter 2020 through 1st quarter 2021. The Midwest dominated the overall list with 80% of the region’s markets retaining positive effective asking rent growth throughout the recession. Only two Midwest metros (Chicago and Minneapolis) saw rents backtrack. The slow-and-steady profile of these Midwest markets kept the bottom from falling out during the recession, although today many of these markets are trailing the swift national upswing. About one-third of the South region metros managed to escape rent cuts. Memphis, Virginia Beach, and Greensboro were the region’s strongest during the downturn. Those markets fit a similar slow-and-steady profile, all dealing with minimal supply pressure. The West region also saw about one-third of its metros hold onto positive rent growth through the downturn. Among these were Phoenix, Riverside, and Sacramento, all of which were unquestionably the beneficiaries of out-migration from more expensive neighboring markets in southern California and the San Francisco Bay Area. Meanwhile, only one of the Northeast region markets (Philadelphia) managed to hold stable during the recession.