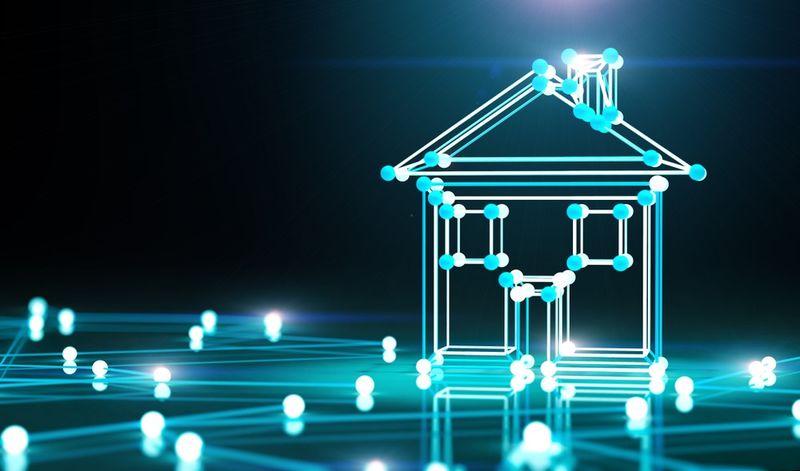 For an apartment community to provide residents with amenities like smart locks, smart thermostats, lighting and shades accessible through their smartphones, finding the right recipe may be akin to having too many cooks in the kitchen.

The answer is boiling down to managed and unmanaged smart community systems, though one may not taste as good as the other. They are the best approaches for the apartment industry, say industry officials, in the Internet of Things (IoT) that offers residents to personalize their living spaces with home devices.

LMC Vice President, Community Technology Services, Chris Acker and RealPage Vice President of SmartSource Resident Technology Services Henry Pye squared off in July at RealWorld 2019 and extolled the upsides and downsides of each solution. Acker said LMC’s unmanaged approach is proof that apartment communities can coexist with residents and their devices without much fuss. Pye says a customizable managed solution reduces costs and equips leasing and maintenance with valuable tools.

They agreed that regardless of which solution is served up, the apartment community has to have a full understanding of what it’s trying to accomplish and don’t assume a little electrical wiring is all that it takes.

“Don’t assume that your electricians will have a clue,” both said almost in unison.

LMC, a division of Lennar Homes, has about 1,200 apartments of its 9,300-unit portfolio in 20 states outfitted with unmanaged smart home solutions. LMC’s smart homes were built from the ground-up rather than retrofitting existing properties, which is more costly. Most of the features are in penthouse suites, which can easily command rent to cover the cost of features.

The company recently transitioned from having smart technology professionally installed in its apartments to utilizing its maintenance team for installs. Each unit is outfitted with a Lutron primary bridge or smart home hub – essentially a control station that links residents’ smart home devices to the apartment community’s system.

Using instructions provided by the community or on Lutron’s website, the resident chooses an internet service provider, connects to the bridge and sets up their devices.

Residents can program lighting, fans, shades and other features. Schlage locks that can be easily reset are provided and programmed by management, eliminating the risk that the property could be locked out with a resident-provided lock.

Programmable Lutron switches, lighting and thermostats are pre-installed along with the bridge. The cost to outfit a unit, Acker says, is $500-$1,200 per unit depending on equipment and whether or not shades are part of the package. Shades can push installation costs well over $2,000.

When a resident leaves, all the devices can be easily reset by the maintenance team, which is trained to manage smart home devices, Acker says.

So far so good.

“Lutron is fairly bullet proof,” says Acker. “They have been in the commercial space for years. Our goal when that resident moves out is the only thing the maintenance folks have to do is reset that bridge to factory settings. They wipe everything out. There is no internet connection, so that’s not an issue. They touch all the switches to make sure they work and that’s all they do.”

A two-bedroom apartment takes the maintenance team about 10 minutes or less to reset everything unless a repair is necessary.

Pye says that’s time that maintenance can spend on other things, one pitfall of an unmanaged system. Another is that management won’t have access to the smart devices in the unit and the resident will end up with multiple apps from the community.

A managed system offers one app for everything at the community, including access control and guest access. A smart home automation system like Stratis or Dwelo provides the resident with the perks of smart technology in the unit and building. The property also allowing property management team can access data to the unit and community facilities, enabling streamlined maintenance, self-guided leasing tours and even short-term rentals.

“It’s simple and a total community solution for the resident and management,” Pye said. “As for the in-unit technology, management simply hands the app to the resident. There is almost no effort required on their part.”

The downside is that many of the resident-owned smart devices cannot be operated via a managed smart apartment app, and the upfront cost for a network infrastructure and devices is more expensive. Other disadvantages are ongoing expense and reliance on a fractured and oversaturated market of managed apartment vendors, Pye said.

However, he contends that while managed solutions have a monthly expense the cost is far less than the labor for make-readying units on unmanaged properties.

“With an unmanaged solution maintenance needs to go in at make-ready and reset light switches, thermostats, et cetera,” Pye said. “I believe the time involved costs more than what we’re paying for managed home automation systems.”

With a managed solution, at least the community is only giving the resident one App.

Be smart about smart home automation

A word to the wise, Pye says, is to always have door locks with the requisite fire and, in some states, storm ratings. Lack of compliance could lead to costly code violations by the city.

“If caught, best case you could lose your certificate of occupancy,” Pye said. “Worse case someone is injured or killed and you go to jail. Life safety is not another element of a smart community solution. It is the baseline you start from.”

Pye said several manufacturers make non-connected smart light switches that an apartment can install to give the feel of a high-tech living experience. For about $200, the unit can be outfitted with dimmers, occupancy sensors, countdown timers and simple four-button ceiling fan controls that don’t require internet connectivity or a smart home hub. At a minimum, ensure the electrician is not installing your grandfather’s toggle switches.

Also, Pye says building a smart home system around a managed high-speed Internet access system with Wi-Fi, regardless of whether using a managed or unmanaged system, is an intelligent approach. ”We are tired of installing a network for every solution,” he said. “Managed high-speed Internet access networks are evolving into multi-solution networks.”

Plus, for many dense buildings it is cheaper than a cellular Distributed Antenna System.

“We can’t afford to put in one system after another and spend $1 million as we crisscross a new development,” he said. “We’re being cheap about it and by spending less we can actually have a better smart home, mobile communications, internet and community experience.”