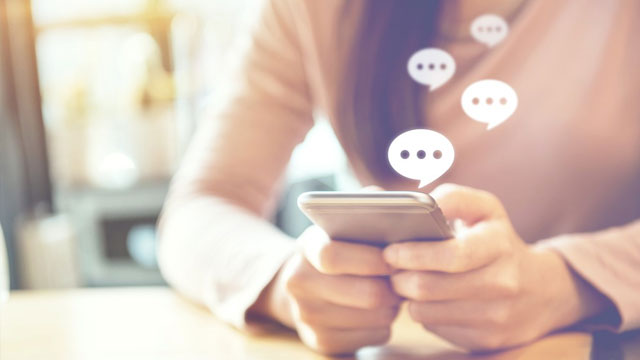 Chat is where it’s at with American consumers, and that includes apartment seekers.

Fifty years after the first host-to-host internet connection, online chat in 2019 has become the preferred method of communication over email, text, and phone. Much more refined than its forerunner – the Talkomatic chat room conceived almost by accident in 1973 at the University of Illinois – online chat is preferred three to one when consumers seek more information about something they’ve seen on a website.

A recent survey by Techjury released in March notes that 75 percent of respondents prefer live chat over other communication forms, the highest adoption rate since mainstream chat began being tracked about a decade ago.

During a recent RealPage webcast, “This is Not Your Father’s Call Center Technology,” viewers echoed the trend. When asked what communications mode they believed that apartment seekers preferred the most, 65 percent said chat. Only 20 percent said text, followed by 10 percent for email and five percent for phone.

No surprise that the non-invasive chat is trumping texting, which not even 20 years old is falling out of favor. One reason may be that texting ultimately allows the recipient access to the sender’s personal contact information, unlike chatting which is basically anonymous. Also, live chat conforms to the culture of the new American consumer and renter, who lives in an I-want-it-now world.

Chat is typically available around the clock while phones and email accounts sleep. It’s becoming a commercial giant, weighing in at a projected $987 million industry in the next four years.

But while chat is scrolling across desktops and cell phones at a fast rate, nearly half of consumers say that having a live person to answer their questions is the most preferred channel for customer communication. And 95 percent rate high-quality support over speed.

Best of both worlds: chat and personal interaction

Ideally, the most effective form of managing prospects – whether leads or for service – is having the best of both worlds. For multifamily housing, customer engagement is a high priority, especially when prospective renters come knocking. Being there to answer inquiries during all hours of the day ensures that apartments have a higher chance of conversion for new leases. A personal touch is important, too.

Making sure that an initial inquiry doesn’t ring through to voice mail is critical.

For that reason, leasing offices and contact centers have evolved over the last 17 years to meet changing consumer behaviors. Early contact centers have transformed from basic answering services to providing prospects all the information they need to make informed decisions about where they want to live.

Lead capture that drives revenue is a big plus, as well as improved quality of service by the staff, which can more effectively tend to the needs of its residents.

Contact centers provide so much more and can be easily measured through service levels and benchmarks, like that trend that prospects are more likely to convert when setting that first visit to talk to a leasing agent.

To learn more about the full benefits of employing a contact center, watch the video.