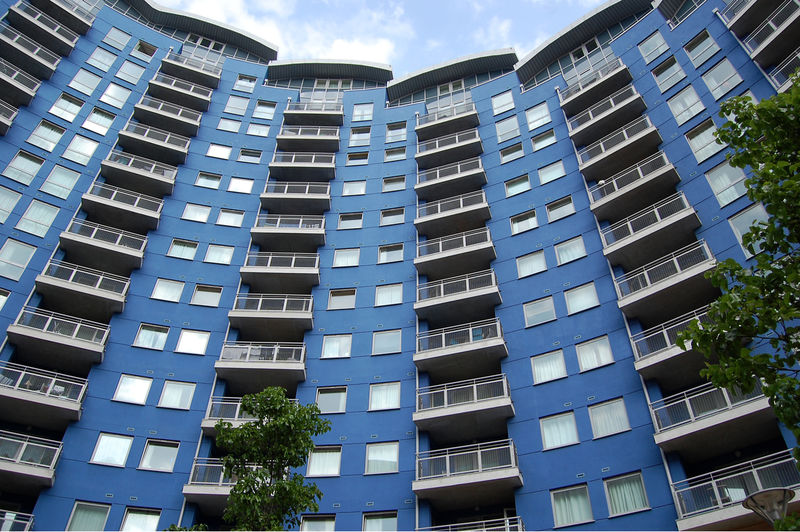 The multifamily housing industry has reached the point of crisis in many communities where rent rises have surpassed households’ pay raises, straining affordability. Attempts – some of them successful – to enact rent control have cast a dark cloud, and leaders argue that mandatory limits to price increases aren’t a viable solution, now or tomorrow.

The problem is compounding a greater challenge, says National Multifamily Housing Council President Doug Bibby. Anticipated demand over the next decade suggests that the apartment industry needs to ramp up its inventory of housing aimed at all rental price points.

In recent years, he has wrangled with the increased scrutiny of policymakers of a rental housing boom that has changed the apartment industry. Exclusionary zoning, stifling regulations, rising construction costs and changing consumer preferences for amenities are pushing prices developers must charge to a point where policymakers are paying attention.  Unfortunately, they’re paying attention to the symptoms, not the core problems causing affordability challenges, Bibby says.

Rent control – which limits the amount of rent a landlord can charge, either by setting a rent ceiling or limiting rent increases – has been debunked as a failed policy for decades. NMHC and the National Apartment Association are working together in an ongoing fight to sway lawmakers and public perception that rent control has far more negative effects than good ones.

And as some states have drawn a line in the sand and implemented or re-enforced existing rent control policies, multifamily developers are facing little relief from high land and construction costs and navigating building codes and local red tape to build more affordable housing.

NMHC and others continue to dig in and hold their ground, but Bibby says that isn’t going to be enough. A more holistic approach is the solution.

NMHC launched in May “The Affordability Toolkit”, a comprehensive 174-page guide and collective breath that outlines ways that the apartment industry and local jurisdictions and policymakers can work together to meet on level ground and provide affordable apartments that effectively meet future demand.

The guide is intended to help stakeholders start conversations with state and local leaders to address needs and roadblocks by providing a framework for understanding how local government policy impacts housing affordability.

“The genesis is when we began to see what I would describe as destructive and counter-productive policies cropping up, like rent control and mandatory inclusionary zoning,” Bibby said of the toolkit. “In those cases, we were quick to say no, this is not a good way to do it. What we found was that people said they understood but weren’t sure what to do. We got that from media, Capitol Hill and regulators, and we realized we can’t just keep saying no and offer nothing else.”

The toolkit is meant to assist not just multifamily housing stakeholders but also policymakers and local governments.

NMHC unveiled the toolkit at a time when rent control is generating a lion’s share of the headlines. Only five states (California, Maryland, New York, New Jersey, and Oregon) and the District of Columbia enforce the policy, but others and municipalities are either trying to implement rent control or having serious conversations about it. California and Oregon are the latest to come on board.

Last fall, Los Angeles County adopted capping rent hikes for 50,000 older apartments in unincorporated parts of the county at 3 percent for six months so county leaders could evaluate a recommendation that rent control be applied permanently. The county continues to study permanent adoption.

Also, a 7 percent-plus inflation rent cap for all units that are 15 years or older is being characterized as a prudent measure to prevent rent gouging in Oregon.

Not all rent control efforts have been successful. This year the Colorado Senate narrowly defeated proposed legislation that would have repealed a 1981 law that currently prevents communities in the state from allowing rent control. The 3-2 vote against the measure killed the measure this year but multifamily leaders worry that it will arise at Colorado’s next session.

Rent control reduces the quantity and quality of available housing

Multifamily advocates and economists say rent control causes more harm than good to the overall health of the industry, not just a particular class of apartments based on a demographic.

The measure has historically been blamed for destroying cities, according to some. NAA cites a study by the American Economic Review that showed that 93 percent of economists believe that “a ceiling on rents reduces the quantity and quality of housing available.”

The toolkit cites a Stanford Graduate School of Business study released in 2018 that found that since rent control regulation began to expand in 1994, the city’s housing supply dropped 6 percent. Rent control was also responsible for increasing the rental prices of unregulated units by more than 5 percent.

Other findings show that rent control could be a big reason why landlords converted their properties into condominiums, which depleted apartment rental supply and upped rents.

Continued pressure on rent control comes at a time when the future of U.S. housing – not just the rental sector – is uncertain. High home prices and insurance premiums have put homeownership out of reach for many. Pricey rents driven by increasingly high property values and construction are preventing some younger renters from leaving the family nest.

For the multifamily housing industry, the tsunami is only building momentum and threatens the future of many lower-income renters.

Multifamily permits have leveled off despite increased demand

According to NAA and NMHC estimates drawn in a 2017 report, the apartment industry needs 328,000 units per year to keep pace with demand. By 2030, nearly five million new units will be needed.

In July, RealPage reported that U.S. apartment leasing activity picked up in the second quarter of 2019 at its fastest pace in more than five years. Occupied apartments rose 155,515 from April to June, the third-largest quarterly increase over the current economic cycle. Occupancy pushed to 95.8 percent, a rate achieved in Q3 2018 which was at the time the highest in 17 years.

As second-quarter demand increased, so did rents, up 3 percent year over year and an average of $1,390 per month.

Today’s brisk building market suggests that the apartment industry, running at a three-decade high, is well on pace to meet its quota in the next decade. But a closer look reveals that multifamily permitting, through spring of this year, has leveled off since 2015 when permits topped 600,000 or more.

Last fall, average annual multifamily permits dipped to its lowest level since the start of 2017 to around 350,000 units. Since then, permitting has been up and down. A strong spring, fueled by a solid April, ticked the annual average up to 427,000 units, according to RealPage.

Supply and affordability top of mind in the apartment industry

Supply and affordability will continue to be top of mind in the apartment industry. The increased cost of putting apartments on the market today necessitate high rents and return to satisfy investors.

Building apartments to attract middle- and lower-income renters simply isn’t profitable in many cases. Erosion of the middle class is adding pressure.

“When you look at it on an inflation-adjusted basis, the middle class hasn’t had a pay raise since the mid-80’s,” Bibby said. “That is the most fundamental issue facing the middle class. No pay raise, surging demand for rental housing, more costly to develop these days, and cost of regulation and materials have all conspired for the perfect storm to create an affordability crisis. At the end of day, we cannot solve the income problem. What we can work on is trying to drive the price point down.”

Time for government and private sector to work together

Bibby said the toolkit already is getting several looks. Fannie Mae and Freddie Mac have downloaded it.

He adds that now is the time for local governments and private companies to stop pointing fingers and find a solution that helps the industry meet its projected housing supply with just a little over a decade to go.

“What I like people to get out of the toolkit, is that we can’t build our way out and it can’t fall on the shoulders of either the government or private sector alone,” Bibby said. “This has got to be a public/ private partnership and holistic focus. If you do those two, with the power of the private sector, taking a look at this holistic approach almost like a Marshall Plan, we can get the work done. We can do this if we just work together.”