Smart Locks and Other Entry Controls on the Rise in Multifamily 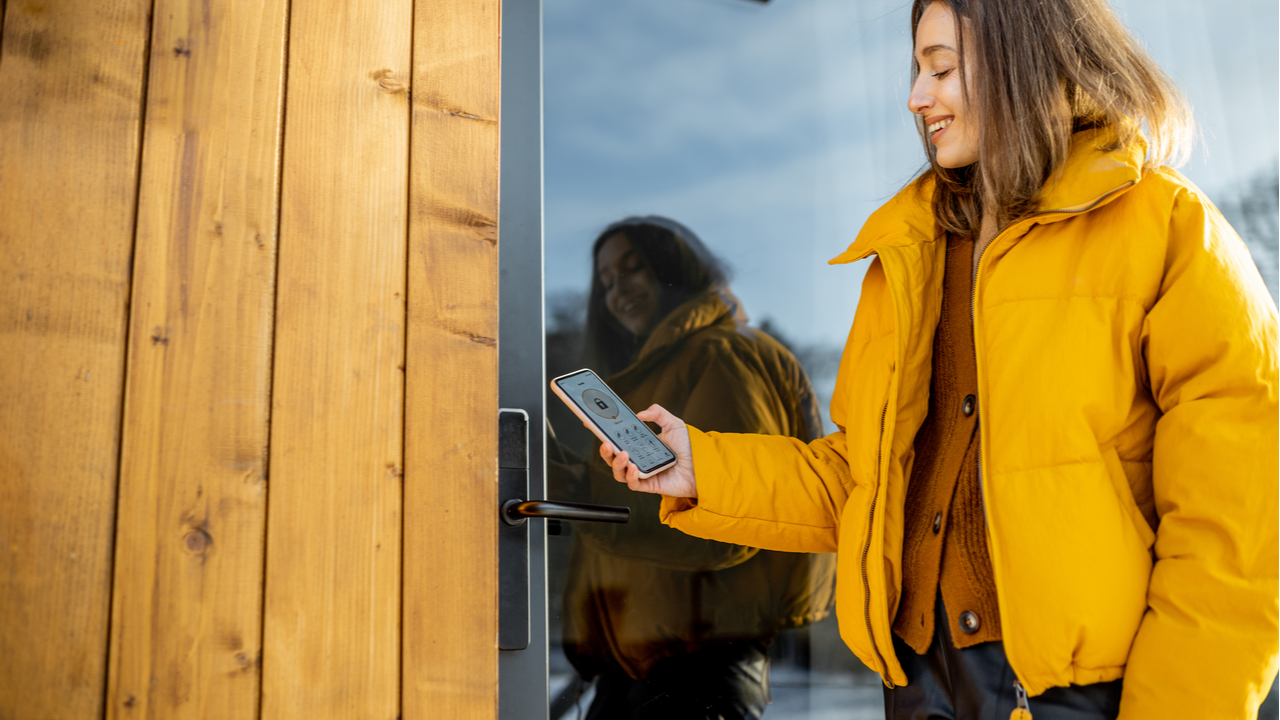 Even before COVID-19 slammed the doors on unrestricted, unmasked entry to apartment complexes, many communities were already looking at smart locks and other alternatives to inconvenient, time-consuming, costly and error-prone key-based access.

Making, distributing and keeping track of keys and fobs has long been one of the hardships of being a property manager.

Easily changeable numerical codes for keypads were certainly a change for the better. But these systems have their drawbacks. People seem to be just as likely to lose or forget the latest code as to have it handy, resulting in desperate phone calls. And of course, anyone who learns the code, good or bad, has the keys to the kingdom.

But a convergence of new factors is driving a movement towards app-based access systems that are affordable, flexible and more advanced than previous ones.

The answer in an app

With nearly everyone carrying a cell phone these days, and nearly everything we do embodied in a phone app, it began to look likely that apartment security would eventually rely on the technology that’s already in our pockets. And indeed, some companies were making big headway with selling app-based “smart lock” access solutions to the multifamily industry.

Then came COVID-19 to rush things along. The steadily rising tide of home deliveries became a flood. Now you had random people wandering unchecked through many communities, during a time when communities were trying to limit unnecessary exposure of residents and staff to potentially infectious strangers. This was in addition to the usual traffic of visitors in and out of the properties.

Suddenly, having to physically pass keys around or meet people at entry doors, gates or elevators was a bit scary, in addition to inconvenient. And keypads with codes left a lot to be desired, for reasons we’ve already touched upon.

A contactless solution using smart phone apps that could control entry and even guide someone in the most direct path to the right door began to look less like an interesting idea and more like a must-have.

Smart locks are the smart choice

One of the early and most successful entrants to the market for smart phone access via smart lock has been RealPage, with its CommunityConnect® app already at work at a growing number of multi-family communities. It’s available both for new developments and as a retrofit for existing ones.

The solution gives residents property-wide, keyless access using their mobile devices. RealPage calls this “Sidewalk to Sofa™” access. Residents can also authorize delivery people and guests to enter specific gates and doors that give them only necessary access. There are no codes to lose or forget.

And there’s something else no key or code can accomplish. The CommunityConnect app features “digital wayfinding” to guide the visitor directly to the right door. This is not only a convenience to the visitor but reduces unnecessary traffic through public areas.

The results are in

There’s a good argument that these days, better security and access is a necessity rather than an option.

App-based entry access not only makes life more convenient for residents, so it’s an amenity to promote. It’s even better for your staff, who no longer spend their time hassling with keys or codes.

RealPage reports that properties are reporting reductions of up to 99% in time spent on key management and creation. That’s labor freed up for other, more important, more profitable tasks.

But there’s a benefit that goes even more directly to your bottom line. RealPage says that integrating app-based access to gates, buildings, corridors and units at around $300 per door in capital cost is paid back in under 18 months in most communities. So, in a relatively short time you can amortize the cost of a system that will pay off and add asset value in a multitude of ways, well into the future.

Yes, COVID-19 will pass. But the powerful argument for enabling app-based access isn’t dependent on any pandemic. It’s a technology whose time has come. And it goes by the name of CommunityConnect by RealPage.