How Much Data is Too Much? Finding Meaningful Multifamily Metrics 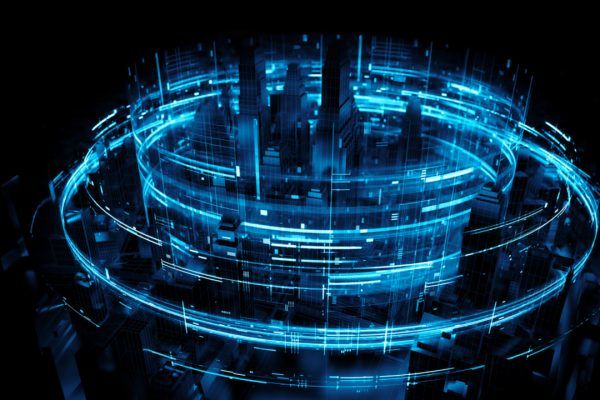 The question of “what’s the rent?” in multifamily has gotten more complex over the years. Establishing rent on distinctly different apartments is one thing and finding the sweet spot on comparative units is another.

Today, many factors dictate the rent. Is it a new lease? Is it a renewal? What amenities are included? What time of year is the lease going to go in effect? How long is the lease? Other dynamics are involved beyond the four walls of the unit.

Data science based on lease transactions is easing that burden. Over the years, revenue management systems have taken a scientific approach to finding the right rent number based on what the market bears. Business intelligence is now digging deeper and unearthing many more metrics to gauge property operations.

With so much information, finding the metrics that matter most can get bogged down in traditional reporting, however. At one point, the reporting ritual every Monday at BH Management was cumbersome because there was too much overlap and a lot to parse through. Management needed to dial it down.

The wealth of reports had a trickle-down effect that, in some cases, delayed the company from taking appropriate actions by as much as a month. It ultimately affected BH Management’s performance the following month, Daniel said.

After lengthy discussions about the metrics that mattered the most to the operational efficiency of the organization, the reports were narrowed to five, then to one.

Mondays are now more manageable because everybody is reading from the same sheet of music, Daniel said last fall at the National Multifamily Housing Council’s OpTech conference. Zeroing on what matters most has allowed BH Management to get a truer picture of property and portfolio performance.

Parsons, who leads RealPage’s market research and analytics teams on multifamily housing research and forecasting, says that the hallmarks of business intelligence provide more insight into operational clarity and identify risk and opportunity, but it has to be managed effectively for it to be beneficial.

“The science of our industry is getting more sophisticated,” he said while moderating a panel with Daniel and Tim Bruss, Hamilton Zanze’s senior director of asset management. “We’re able to look at a lot more things and have more visibility. How do you make sense of it, how do you drill down and find what really matters? And most important, how do you take action upon those things?”

More specifically, how do you find the rent?

After switching to RealPage, BH Management has refined its operations approach by benchmarking competitor rents for renewals and new leases and comparing to them to the company’s rent roll.

One thing that quickly came into focus was renewal performance, something that often gets overlooked in the industry’s steady chase for new renters. Data showed that a valuable piece of the rent roll (about half is existing residents) was taking a backseat to pushing new leases.

This year, the company is resolved to put more attention on renewals.

Taking the emotion out of setting rent rates

The data also has led to some eye-opening inconsistencies in the company’s ability to achieve comparable market rates at some properties. Daniel says property managers can veer a little off-course with the rent roll because they sometimes make emotional decisions and leave money on the table.

“Property managers are so passionate about their properties and every single one them has their name on the mailbox out front,” she said. “They want to do well. There is so much emotion evolved in decisions because they are proud, it’s difficult to remove that emotion and make financial-based decisions.”

BH Management leaders showed property managers a snapshot of their rent rolls and how new leases and renewals compared, then walked them through benchmarking tools to better understand market rates. In many cases, the company got an immediate buy-in and were able to raise the bar to be more consistent and more competitive.

Also, by comparing market data, some properties that were considered to be under-performing actually were holding up well.

“It’s been really helpful for the property managers to sit with us a while and ruminate on what may be true,” she said. “It’s been very eye-opening to see not only how they are doing, but how they stack up in their competitive set or submarket.”

“Benchmarking has really allowed us to create those visual tools for that communication device and teach the property managers what’s going on,” Bruss said.

Parsons said getting visibility to the bottom line is more important than ever with so many eyes on the apartment industry.

He notes data points like retention rate growth, which is at an all-time high at around 51-52 percent, in a national market that is better than 95 percent occupied. For property managers, there is now more incentive to renew.

“Getting down to renewals and actual leases is really important to get full context and full visibility into what’s really happening,” he said. “In talking to institutional groups, this increase in transparency in the multifamily marketplace is directly tied to liquidity flowing into marketplace. Now I think investors have a lot more confidence in the marketplace. They can get that information quickly.”

Learn how to take your business to the next level with RealPage Business Intelligence. Download this eBook.