Kingsley/NMHC Survey: Renters Leave because They’re Not Happy with Management 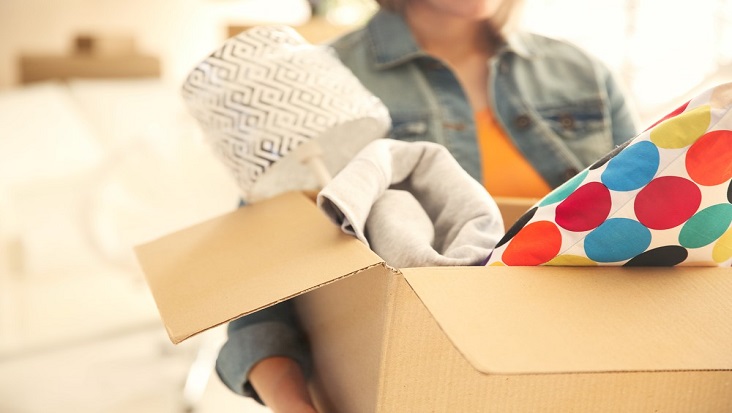 Multifamily operators need to wake up and quit listening to their own rhetoric when it comes to the ultimate resident experience if the 2020 NMHC/Kingsley Associates Apartment Resident Preferences Report has anything to say about it.

The recent influx of amenities, services and smart technology designed to create better resident experiences aren’t enough. The No. 2 reason why residents are moving, behind getting lower rent, is because they feel property management is sub-standard, out-weighing improved features and a better floor plan/layout. Even location, location, location takes a backseat to stellar property management.

“For all this focus on customer service, there are some major failures,” said Sarah Yaussi, NMHC’s vice president of business strategy, when asked what the most surprising result of the bi-annual survey. The data resonates given that the survey, the fourth conducted by NMHC and Kingsley Associates, is the largest to gauge renter preferences in the last eight years.

Hearing residents but not listening

Nearly 375,000 residents from 5,300 communities in 270-plus markets surveyed offered insights on a host of items that confirmed some perceptions and contradicted others. Among the topics explored were demographics, amenity interest and necessity, lease decision factors, search behavior, online services – including communication and connectivity – and community services.

In a general session wrapping up the first day of NMHC’s 2019 OpTech Conference & Exposition in Dallas, industry leaders led a discussion on the survey by saying apartment operators need to be more mindful of their customers.

“We are a guest in our resident’s home,” said Lincoln Property Management Chief Operating Officer Margette Hepfner. “That’s something that we have to remember. We also have to remember to teach our team, not just our leasing teams, but the entire team.”

While 47 percent of respondents leave because of a better deal on rent, 31 percent said they aren’t happy with management. Carlisle Properties Chief Marketing Officer Kevin Thompson and Laurel Zacher, vice president of marketing and talent at Security Properties Residential, say the writing’s on the wall through online reviews – which are more likely to be posted because of a gripe rather than a slap on the back – but management is not getting the message.

“I think we’re hearing our residents but I’m not sure if we are listening,” Thompson said.

Thompson reminded that subpar customer service in the resident’s eyes is damaging to the community’s reputation. Poor reviews make an impact by driving away prospects who seek information about a particular apartment community.

Of residents who responded, 79 percent said they won’t visit a property if it has a bad online reputation.

As Hepfner suggested, and Zacher concurred, training is paramount.

“There is only so much I can do in marketing,” she said, “but I can invest in our people.

“Its issues with communication with the onsite team that irks residents. Their call is not getting returned. What really sets them off is when they feel disrespected in a phone conversation. That’s when we see the online reviews start happening. We can train the skills to improve that.”

Good customer service wasn’t among the top eight reasons why residents choose to rent at a community, however. Rather, 91 percent of respondents said they will choose a community that has reliable cell service and reception, up 13 percent over the 2017 survey. Recycling, visitor parking, non-smoking units, modular closet systems, pet parks, community vegetable gardens, and conference rooms/co-working spaces were influencers in determining whether or not residents rent.

While recycling continues to outrank other traditional amenities, package lockers aren’t entirely falling off the radar even though they didn’t make the top five. Thompson got a laugh from the audience after an exhaustive sigh when introducing the topics, noting that the panel wouldn’t beleaguer package lockers that have consumed many conference discussions.

However, residents continue to value retrieval systems. When asked how they want to get their packages delivered, the overwhelming response was for around-the-clock self-service, with a strong preference toward package lockers.

The panel noted that the basics like air-conditioning, garbage disposal, and microwave ovens continue to be among the top features that residents seek in an apartment. Smart thermostats ranked third and TV wall mounts fourth. Interestingly, an equal amount of residents who favored smart thermostats said in-wall thermostats were just as nice.

Thompson said smart thermostats, microwaves, and wall mounts can be parlayed into incentives for new leases and retaining others.

“Those are great move-in gifts, and revenue generators for renewals,” he said. “The thing is, they cost minimal dollars.”

Last but not least was a topic that industry pros believe is going to continue to gain a lot of traction in the new few months: automated apartment tours via a cell phone app. By downloading an app, prospects can schedule self-guided tours to visit a property at their convenience, even after business hours.

Nearly 20 percent of residents surveyed said that they prefer looking at a community by themselves. While low compared to those who want a representative guiding the tour, the number is big enough that operators are taking a look.

The technology, which compares to travel apps that have been around for a few years, already is in use at apartment communities in Austin, Texas, Albuquerque, N.M., and Washington, D.C. Self-guided tours are also being used in student housing.

Yaussi said that some communities are using low-tech versions to onboard faster while others are going full in with the latest technology. Also, “some are doing hybrid versions, where prospects can do self-guided when they come back for a second look, but the first tour is with a leading agent,” she said. “There’s a spectrum.”

A few vendors at the conference pitched smart apartment tour technology but Thompson warned that the industry should carefully approach the new paradigm and make sure it’s fully vetted before jumping aboard.

Panelists expressed concern about prospects walking around a community by themselves after hours, and what residents might think.