At Issue: Five Fair Housing Developments to Keep an Eye On in 2020 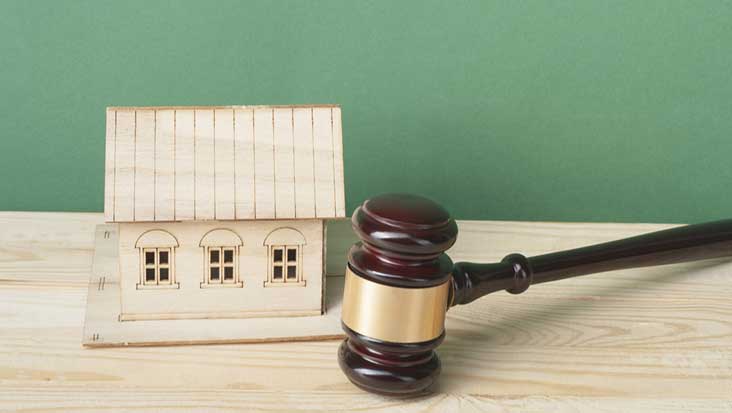 First in a series of articles about issues facing multifamily

Living in an apartment has transitioned from a necessity to a preferred lifestyle, which has ushered an effort to embrace the renter life cycle.

For operators, technology has opened new and more efficient ways of marketing and operating apartments. And for residents, cultural changes have put more focus on urban living and dictated new lifestyles, routines, and priorities.

The rental housing industry has become a multi-trillion-dollar business that has emerged from dark neighborhoods to some of the most prized pieces of real estate worldwide.

Many of the Fair Housing Act’s principles signed into law in 1968 and designed to achieve justice and equity and avoid discriminatory practices remain, and they are more important than ever. Nicole Upano, director of public policy for the National Apartment Association, says Fair Housing administration is perhaps at the pinnacle of its existence. As more operators and residents have populated the industry, the eyes of governance have sharpened.

“It’s more important than it’s ever been,” she said. “We’re seeing an increase in enforcement for whatever reason in recent years and we’re closely watching it, both on the legal compliance side and legislative side as well.”

At NAA’s Legal Symposium in Dallas last fall, Upano highlighted five areas in Fair Housing that require close attention in 2020. “Some of the biggest things that we're seeing is a lot of enforcement on website accessibility and criminal screening blanket bans,” Upano said.

This is the latest accessibility issue that’s ripe for “drive-by” or “surf-by” lawsuits in the rental housing industry. While it wasn’t much of a topic in 1990 when the ADA was enacted, website accessibility has become more relevant because of the development of e-Commerce.

There have yet to be any hard and fast laws and legislation adopted for accessibility to public websites for consumers with disabilities, particularly those who are hearing- or visually-impaired.

Hotels were among the first to be targeted by hundreds of lawsuits alleging Americans With Disabilities violations for someone who has a disability that can’t use the software on their computer to understand what’s on the screen.

Now, apartments are being targeted and it has become a Fair Housing issue that bears watching, Upano says.

In recent years, new technology has been introduced to enable rental property operators the ability to provide web accessibility for those who are impaired, while making the web experience more user-friendly for the senior housing audience.

In a related move, an NAA/National Multihousing Council-supported coalition is calling on the Senate to take up H.R. 620 – the ADA Education and Reform Act of 2017, which recently passed through the House – to deter costly and frivolous lawsuits.

Apartment owners and operators are required to include specific building design features in new construction, an area that is facing increased litigation. Varying interpretations of guidance, building codes and statutory language is opening up multifamily to lawsuits.

Last year, the U.S. Department of Housing and Urban Development sued the City of Los Angeles for not conforming to standards when building a federally funded, accessible low-income housing community. At issue was that developers followed local codes and standards for accessibility rather than those outlined within the FHA.

The complex and sometimes conflicting nature of guidance, building codes and statutory language have led to varying interpretations of design and construction compliance for existing residents and prospects, Upano said.

HUD won and struck an agreement with the city that requires the development of 10,000 units of new affordable housing, including 1,500 accessible units for individuals with disabilities, over the next 10 years, a share that exceeds current state and federal requirements. The city also has to provide 3,100 accessible housing units for individuals with disabilities by retrofitting hundreds of existing affordable housing developments across Los Angeles that were not constructed or rehabilitated to meet federal accessibility standards.

The Department of Justice and HUD have clear guidance for new construction and NAA plans to provide its own support in 2020 so property managers can easily determine where any compliance issues may exist.

“If you do a property tour and you can’t maneuver your wheelchair in the unit and you’re unable to access certain things as far as height, then it’s clear there is at least an issue that can be investigated and they're targeting owners and operators of new buildings, knowing there could possibly be compliance problems,” Upano said.

NAA opposes prohibiting apartment owners and operators from evaluating a prospective resident's criminal history as part of the overall screening process. Criminal record screening is an essential function which helps owners and operators mitigate risk and ensure the safety and security of residents and community.

But blanket bans that prevent prospects who have a criminal record are not tolerated by Fair Housing.

In 2016, HUD issued a guidance memorandum warning landlords and housing providers that denying tenants or buyers based on their criminal records may violate FHA. Since then, the single-family space in Florida has seen a rash of lawsuits based upon discrimination against residents or prospects who had a criminal record, Upano said.

“We anticipate that to spread to multifamily,” she said. “It’s been a target of enforcement elsewhere in the country.”

Ignorance of how to stay compliant with law puts owners and operators at risk, and NAA plans to release a comprehensive guide to navigating criminal histories on its website later this year.

NAA says owners and operators should review their company advertising or marketing plans for all digital platforms. The issue has come to light after a class of potential renters filed the first suit of its kind against seven national or regional property management firms, alleging that age discrimination in advertising practices on Facebook is a violation of Fair Housing laws in Washington, D.C.

In a previous case in 2019, Facebook was accused of enabling discrimination in housing, employment, and lending advertising. The company agreed to make sweeping changes to its platform, but only FHA’s seven protected classes (of which age is not included) were affected.

The issue is that businesses can choose target audiences on Facebook by selecting preferences from pre-populated lists of demographics and user interests. It opens the possibility that an apartment community could choose not to include a demographic when advertising a certain style of apartment or housing in general.

“We’re reminding folks to look at their marketing or advertising plans across all online platforms,” Upano said. “Make sure you understand what your responsibilities are, not just under the Fair Housing Act, but for the state and local fair housing laws under which you operate.”

An issue familiar to just about everyone in rental housing, emotional support animals, continues to be a thorn in the side of operators and fringes upon Fair Housing policy.

NAA hopes that 2020 will be the year that guidance on emotional support animals becomes clearer and a leash is put on “online mills” that sell assistance animal medical verifications so renters can intentionally skirt pet restrictions and fees.

Dealing with residents and prospects who request an exception for an emotional support animal continues to challenge owners and operators who have strict no-pet policies. Non-substantiated documentation in the form of certifications acquired online is often presented as a reason for the exception.

The issue has been around for several years but has received increased play on the industry’s conference circuit in the past two years.

“We’re still hearing from members that they are having concerns about determining what is legitimate and what is not,” Upano said.

In November 2019, HUD Secretary Ben Carson wrote the chairman of the Federal Trade Commission and director of the Consumer Protection Agency asking for an investigation of online companies that fraudulently issue certificates for a fee. Some providers sell what appears to be government-issue documents, which HUD says do not exist as registration of certified assistance animals.

Wrote Carson, “Housing providers, fair housing groups, and disability rights groups have brought to HUD’s attention their concern that certain websites may be misleading consumers with disabilities into purchasing assistance animal documentation that is unreliable and unnecessary. According to these groups, the websites also may be selling assistance animal documentation to people who do have disabilities substantially limiting a major life activity, enabling such people to claim that their pets are assistance animals in order to evade housing providers’ pet restrictions and pet fees. HUD shares these concerns.”

Proponents are encouraged by Carson’s letter and are awaiting new guidance from HUD.

Upano reminds that owners and operators have the right to request reliable documentation when the disability or disability-related need is not apparent. She noted that 36 states now have some version of a misrepresentation law, including 13 states that enacted legislation in 2019.

“It’s still very much an issue.”

Upano said a number of other Fair Housing issues within multifamily housing are a priority, among them is disparate impact. NAA has commented on HUD’s newly updated guidance and hopes it will be released in 2020.

“We’re also heavily watching the increase in resident screening laws that put stringent restrictions on how owners and operators can screen for credit, criminal and for eviction history,” she said. “We’re also very concerned about the increase in source-of-income legislation, which would mandate that owners take Section 8 voucher holders and mandate that they participate in the Section 8 voucher program.”