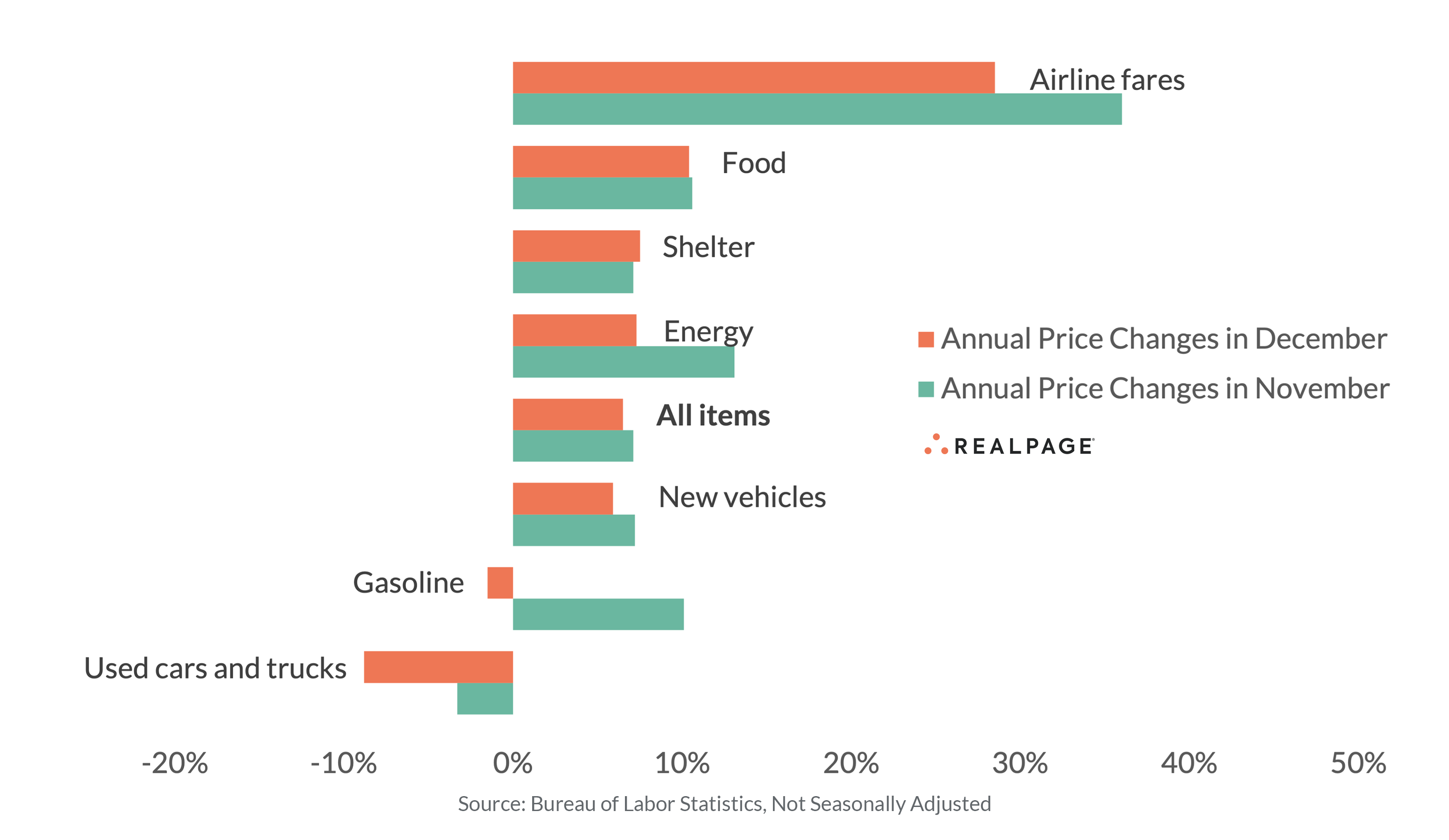 Inflation continued to slow on an annual basis in December, as rising interest rates are appearing to put a damper on price increases. For the sixth month in a row, inflation has been easing on a year-over-year basis. In December, inflation hit its lowest point in 14 months, but consumer price increases are still near 40-year highs. The Consumer Price Index (CPI) for All Urban Consumers, a measure of price changes commonly referred to as the inflation rate, was up 6.5% on an annual basis in December 2022, according to the Bureau of Labor Statistics. That was lower than the 7.1% annual increase in November and well below the 9.1% peak in June, which was the biggest year-over-year jump in prices since November 1981. Still, inflation has now remained at or near 40-year highs for 14 consecutive months, the biggest price surges since the severe economic recession of 1981-1982. Falling gas prices helped drive down inflation, with the price of gasoline dropping 9.4% from November to December, now down 1.5% from a year ago. Also contributing to the lower inflation rate, the cost of used cars and trucks plummeted 8.8% over the past year. Meanwhile, price increases in airline fares and food prices, while easing, remain stubbornly high. Shelter, which accounts for about one-third of the total CPI index, saw a 7.5% year-over-year price surge in December, the biggest annual gain in over 40 years.