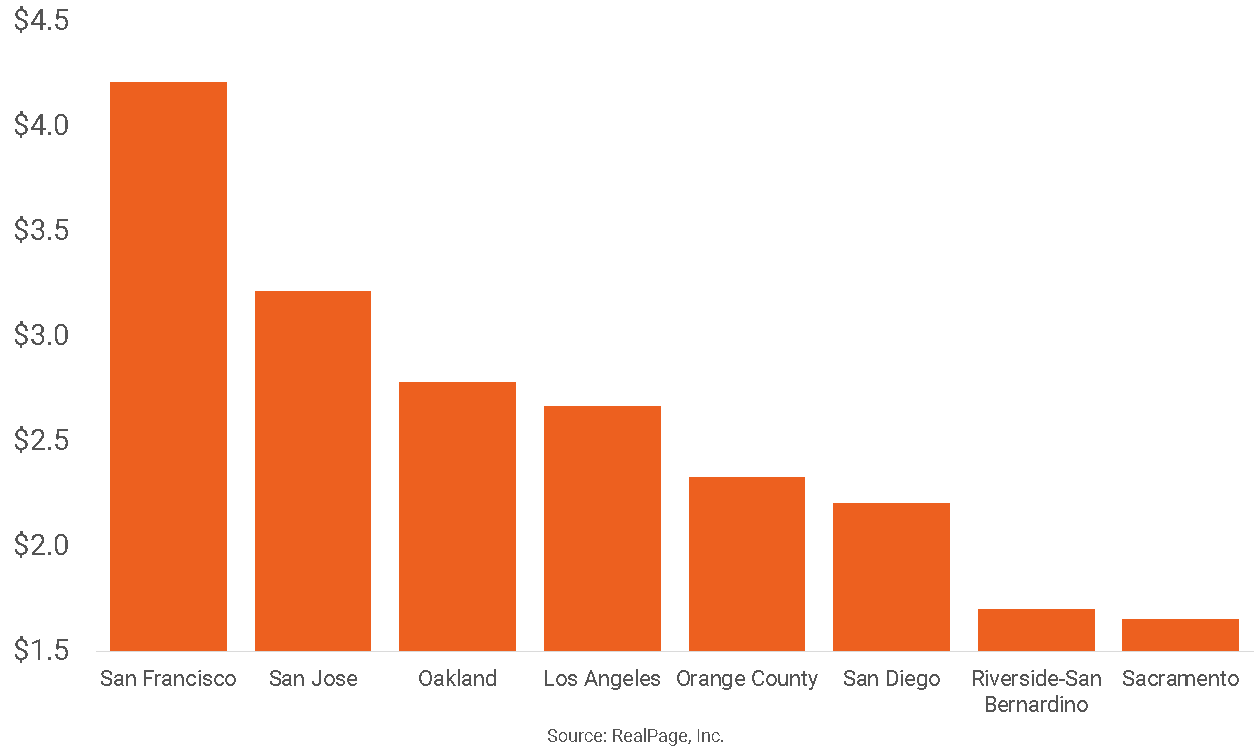 While each of the eight largest California apartment markets commands rents per square foot above the U.S. norm, prices vary between locations. In fact, the most expensive apartment market among California’s major metros has a per-square-foot price tag of more than twice its least expensive counterpart. San Francisco rents average $4.21 per square foot in February 2019, outpacing the state’s second most expensive market – San Jose – by exactly $1.00. In the third ranked, Bay Area market, Oakland, rents per square foot run $2.78, followed by Los Angeles ($2.67), Orange County ($2.33) and San Diego ($2.21). The only two California markets to record rates below the West region average of $2.00 were Riverside-San Bernardino, with rents of $1.70 per square foot, and Sacramento, with a price per square foot of $1.65. Not surprisingly, even the worst California performance ran ahead of the U.S. average of $1.52.