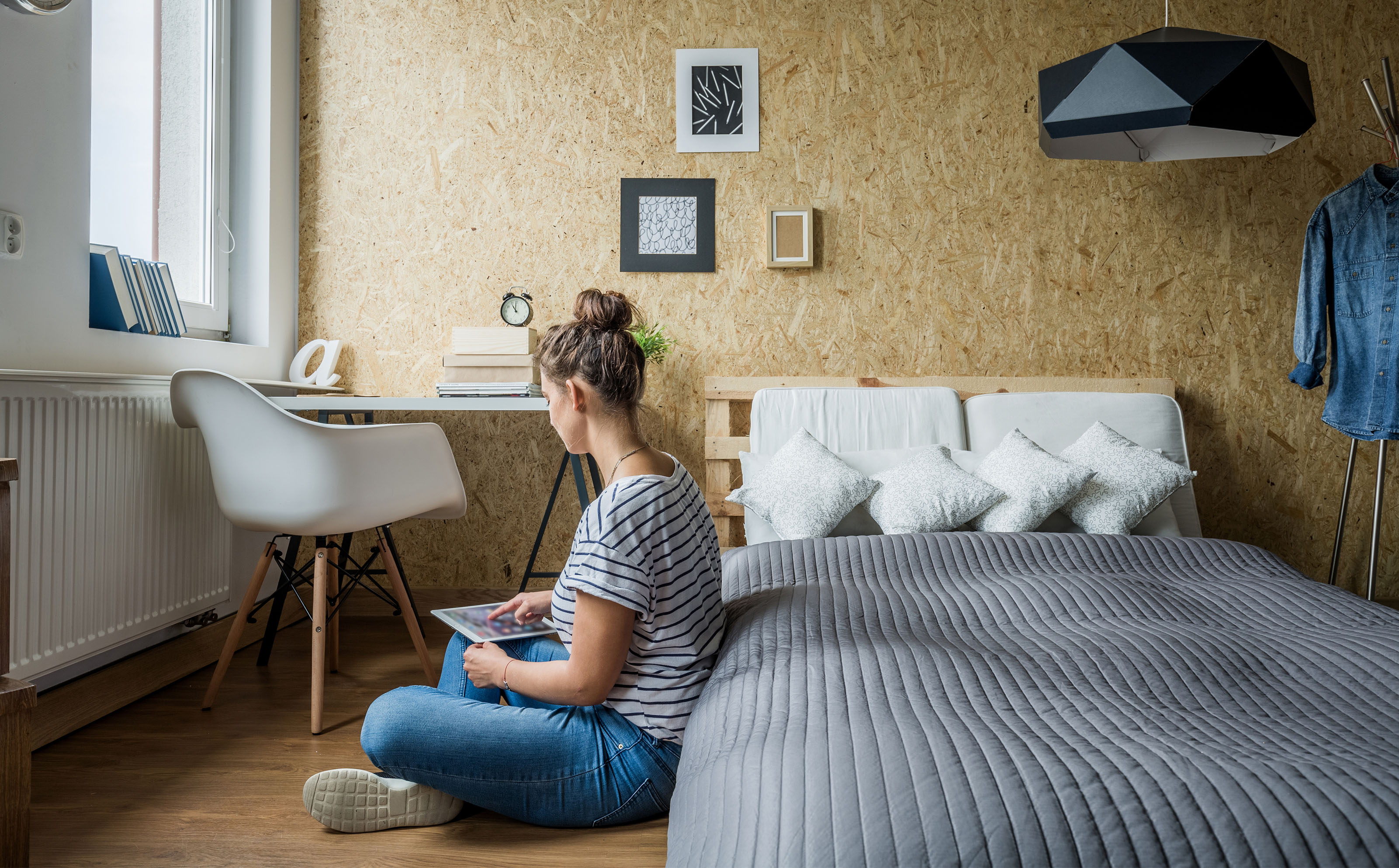 Across the core 175 universities tracked by RealPage, average effective asking rents per bed in privately owned student housing runs around $860 per month. In some states, however, that price per bed is more than double the . In New York state, the average student housing bed runs $2,040 per month, followed by about $1,800 in Massachusetts, $1,640 in Washington, DC and about $1,540 in California, according to RealPage Market Analytics data. 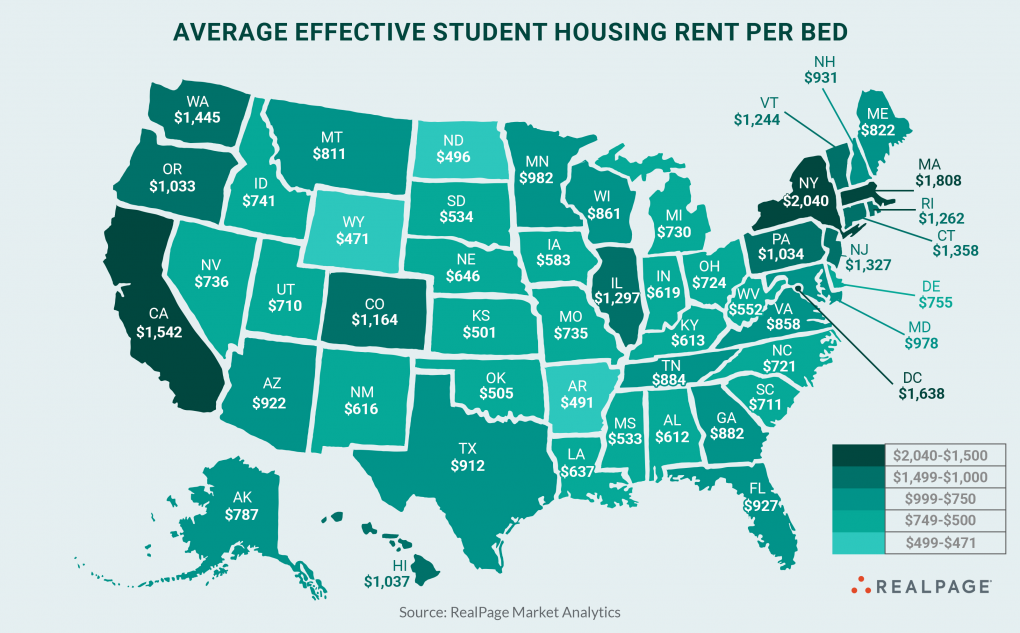 Outside of those quintessentially pricey locales, regionality plays more of a role. States in the Northeast, such as Connecticut, New Jersey and Vermont, and West, such as Hawaii, Washington and Oregon, make up the next tier of pricing, from about $1,499 to $1,000 per bed per month.

The largest grouping of states is priced between $500 and $749 per month, including many Midwest and Southeast states. The three states with the biggest bargains for student housing are North Dakota ($496), Arkansas ($491) and Wyoming ($471). In other words, students in these three states pay on average less than a quarter of the monthly rent New York students pay.