2022 Will Be a Record Year for Apartment Construction 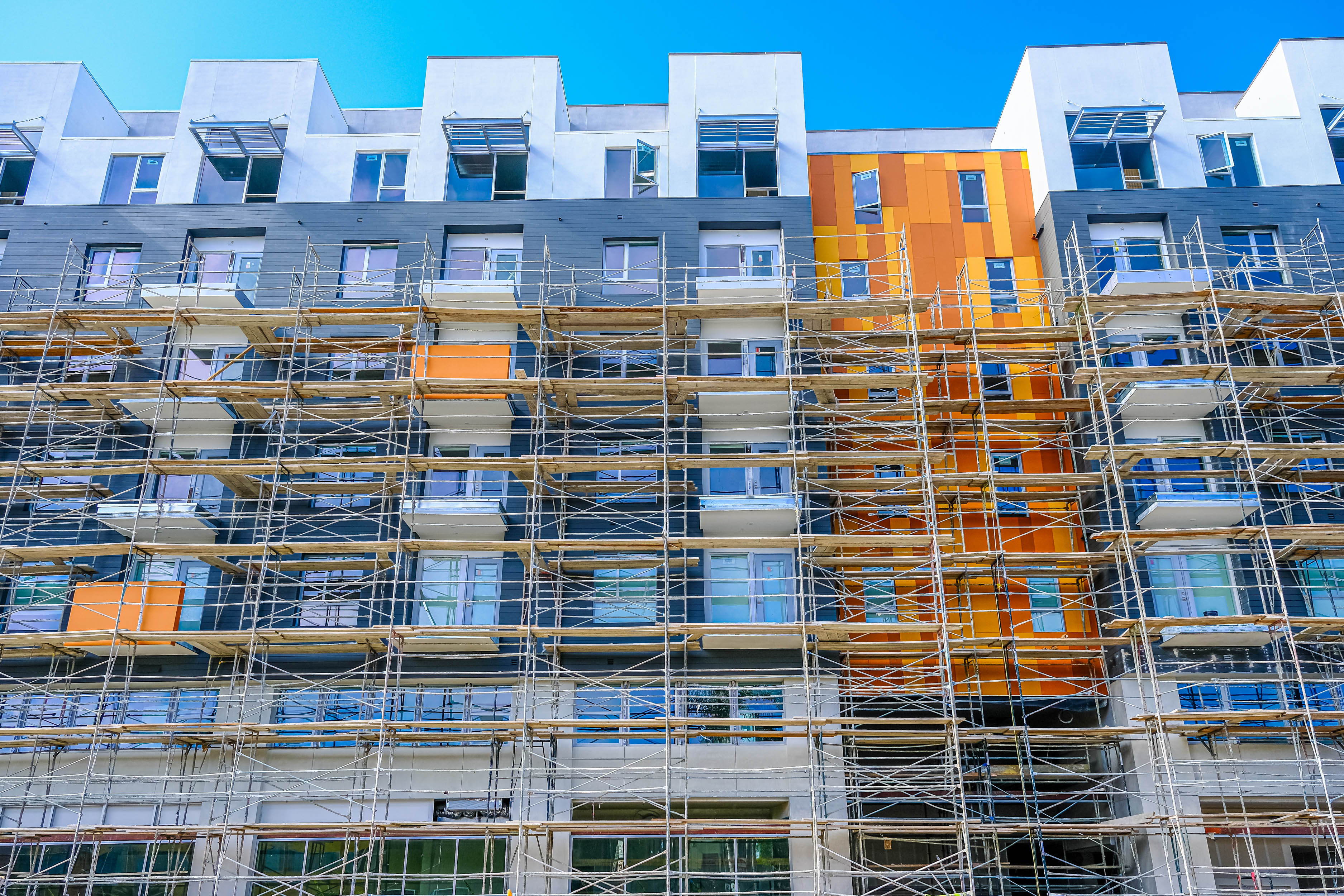 More apartments are scheduled to complete in 2022 than in any single year since at least the 1980s.

Over 426,000 apartments are under construction and slated to complete in 2022, which is the highest volume on record for the U.S. apartment market in at least 40 years. For comparison, 2021 was also considered a record year for apartment completion volumes in the 150 largest U.S. metros, with deliveries topping 363,000 units. The scheduled volume for 2022 beats the 2021 completion tally by 17% and nearly doubles the long-term average. Completions in the coming year are slated to grow the U.S. apartment stock by another 2.3%.

How likely is this number to hold, though, given we are now amid another COVID-19 variant surge? We also asked ourselves that question in 2020 and 2021, when global supply chain disruptions and worker shortages were delaying construction timelines. While these setbacks did result in smaller than anticipated apartment delivery numbers in those years, it’s clear that the delays didn’t derail developers’ ability to get projects completed. In fact, the increased number of deliveries slated for 2022 are likely compounded by delays from the last two years.

While the employment numbers have started to recover, job gains took another stumble in November. And though there have recently been signs of hope of an end to the global supply chain disturbances, the new variant might further challenge development. However, the volume of multifamily units authorized for construction in the U.S., but not yet off the ground is at its highest level since 1999. Roughly 120,000 additional units are waiting in the wings right now, looking to break ground soon.

Where are those projects being built?

Phoenix and New York are scheduled to see the biggest wave of new deliveries, with over 20,000 units set to complete in each market. 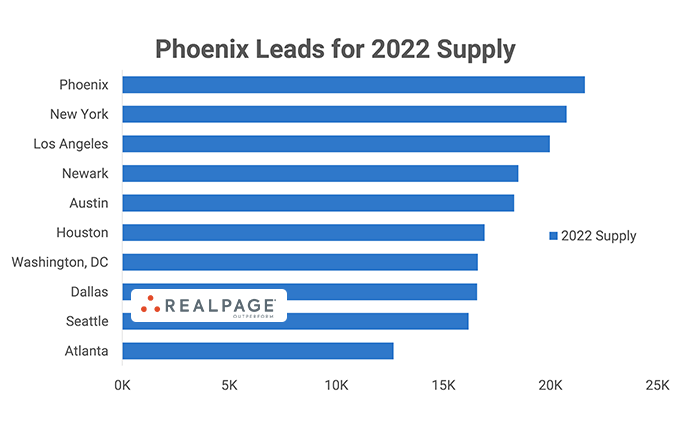 Markets with just under 20,000 units scheduled to complete in 2022 include Los Angeles, Newark and Austin. Expect completions to range between 17,000 and 18,000 units in Houston, Washington, DC, Dallas and Seattle, while Atlanta is expected to gain another 12,000 or so new apartments.

While most of those markets are relatively big on a national scale and are used to big waves of new supply, the inventory increase in a handful of these areas will be significant. The new stock set to complete in Austin will grow the existing base by 6.7%, while Phoenix is slated to see a 5.7% boost in its current stock. These are two of the biggest inventory increases expected in 2022 across the nation’s 150 largest markets.