Avoiding Fraud with the Next Generation of Identity Verification 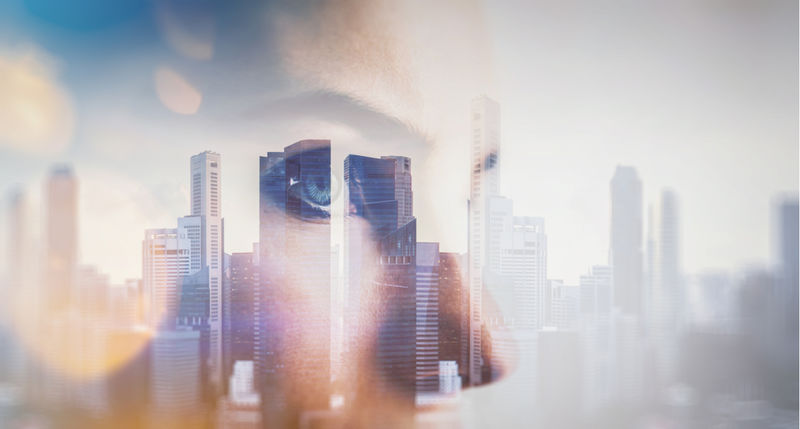 The show of hands divided a room of about 100 at the Texas Apartment Association 2019 Education Conference. Panelists and attorney Jerry Carlton didn’t seem surprised that a majority of the group of apartment managers and operators indicated they had been victim to some sort of fraud.

One attendee shared that her property discovered a wave of new applicants that had falsified employment information to qualify for leases. The scammers were paying a locator service to get fake IDs and one successfully rented an apartment.

Some who attempt to lease apartments under false pretenses are novices, while others have sophisticated schemes. Even when an applicant appears to be questionable, the decisions aren’t easy.

Panelist Stacie C. Parrish, who is Regional Director at Advenir Living, described how one of her property managers had an applicant produced a blatantly false ID when applying. The manager wasn’t sure if she should allow the tour.

“I told her to show the apartment and that we would address it when it came time to sign a lease,” Parrish said.

“Identity thieves are looking for an opening, just a spot to get in,” said Carlton, an attorney for Jerry L. Carlton, Glast, Phillips & Murray, PC. “Once they get in, it’s misery for you because you’ll give away a lot of rent.”

The key message was to be prepared to fight back.

Incorporating tools to defend against fraud is paramount

Fraud and identity theft have created a global problem, one that persists despite new efforts to keep thieves at bay. The latest data from Javelin Strategy & Research suggests incidents are down from the record 16.7 million U.S. victims who were compromised in 2017, but fraud victims are shouldering a much heavier burden than in recent years.

Last year, 14.4 million consumers fell victim to fraud and of those, nearly three times as many than in 2016 bore some of the liability. Out-of-pocket costs more than doubled to $1.7 billion in 2018, according to the 2019 Identity Fraud Survey released in March.

The survey, in its sixteenth year by the research-based advisory firm, reveals that sophisticated fraud types remain at elevated levels. This is despite widespread adoption of anti-fraud measures like EMV or embedded chip cards that are reducing incidents.

“While the decrease in card fraud rates is undoubtedly good news for victims, fraudsters have turned their attention to opening and taking over accounts,” said Javelin Strategy & Research Senior Vice President, Research Director and Head of Fraud & Security Al Pascual. “As financial institutions and other organizations modernize account opening processes, it’s paramount that they incorporate tools like document scanning, behavioral risk assessments and digital identity. This will streamline digital applications while challenging fraudsters.”

A persistent issue associated with online leasing is verifying signatures even when the applicant provides a signed government issued ID. While the signatures may match there is no way to verify if the person is who he or she says.

It used to be, Parrish said, that properties got a hand-written signature in person, usually verified by a staff member at the lease signing.

“Now we have nothing in writing from them,” she said. “We can’t tell what their handwriting is other than the verification from a government ID.”

McIntosh, a 20-year veteran of the multifamily industry who has spent the last ten years in screening, said the most common types of fraud that affect the industry are ID theft, fake IDs, synthetic IDs and income fraud.

Sadly, he believes many multifamily operators aren’t aware that RealPage Screening provides some of the industry’s most complete verification processes.

“People need to be aware there are products out there that provide protection, that prevent the problem from happening,” McIntosh said. “The way to stop fraud and bad debt is not letting it in in the first place.”

McIntosh noted that next generation of multifamily fraud protection is facial recognition, which is already being used in the airline industry and others through mobile apps like Mobile Passport and Clear. Identities are verified through a facial scan on a smartphone as passengers move through airport pre-check lines.

McIntosh envisions that facial recognition verification will become prevalent in multifamily because nearly all renters own a smartphone, which opens other possibilities of ID verification using bar codes on government issued documents.

RealPage is close to unveiling a facial recognition verification product that will join the company’s other screening software.

“You can have a passport service on your phone, take a picture of your passport and picture of you,” McIntosh said. “Another thing that’s important is bar coding. You can take the information from the bar code and you will get exact birthday and legal name, which verifies identity.”

Multifamily operators will be able to verify that the information matches the government-issue ID, which is important for getting accurate criminal background checks.

“Now you know 100 percent that the person applying online is the applicant and is the same person whose identity they are using,” McIntosh said

“The bottom line is that you get better protection for future performance, better criminal checks and less fraud at a property. That translates into better reputation, better revenue and less debt,” he said.