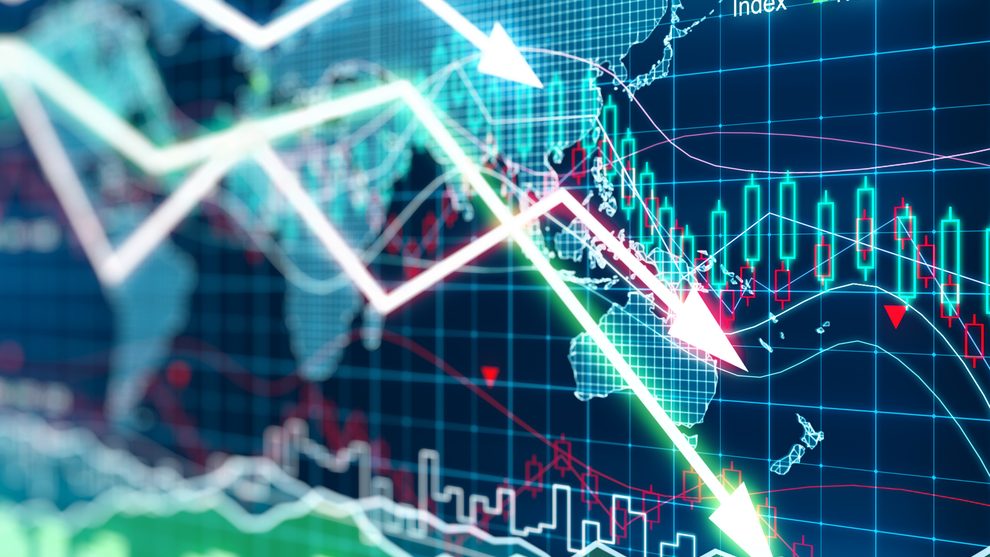 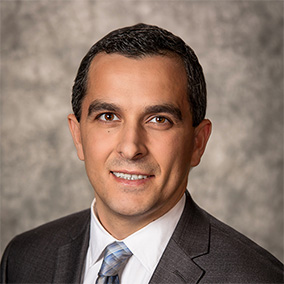 by   Arben Skivjani
in   Demand Influencers

After a decade of robust growth that created millions of new jobs, the U.S. economy saw its deepest decline in history in 2nd quarter 2020.

As the nation fell victim to the worst pandemic in modern history, recession took hold. As defined by the National Bureau of Economic Research, recession is a significant decline in economic activity spread across the economy, lasting for at least two quarters. As such, the U.S. officially entered a recessionary period sometime in March.

The compounded quarterly annual rate of the nation’s gross domestic product (GDP) fell into decline – by 3.4% – in 1st quarter 2020, according to the U.S. Bureau of Economic Analysis (BEA). That was the first downturn in GDP the nation had seen in nearly a decade. Then, in 2nd quarter, the country registered another record-breaking decline, with a dive of 34.3%. 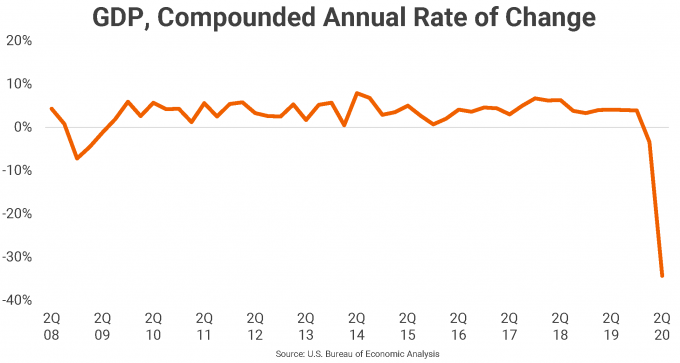 The last time the U.S. economy recorded an economic contraction was in 2nd quarter 2009, when the GDP shrunk by 1.2%, preceded by declines of 4.5% and 7.2% in the previous two quarters. Prior to 2nd quarter 2020, the largest GDP drop in U.S. history was recorded in 1st quarter of 1949 when the economy shrank by 7.4%. With the most recent numbers diving by more than four times that pace, it’s clear the current recession will be felt in the months and years to come.

Attaching a dollar value to the nation’s recent GDP decline, over $2.15 trillion vanished from the U.S. economy just in 2nd quarter 2020. Moreover, since the end of 4th quarter 2019, the U.S. GDP has shrunk by over $2.3 trillion.

To put things further in perspective, that $2.3 trillion loss in just two quarters is larger than the total dollar value of several countries. The below chart compiles a list of 15 countries around the world, with economies similar to or smaller than the $2.3 trillion loss the U.S. has seen in 2020. While the composition of each economy is different from that of the U.S., comparing them to the total U.S. loss helps us to better understand the magnitude of what the nation has endured in 2020. 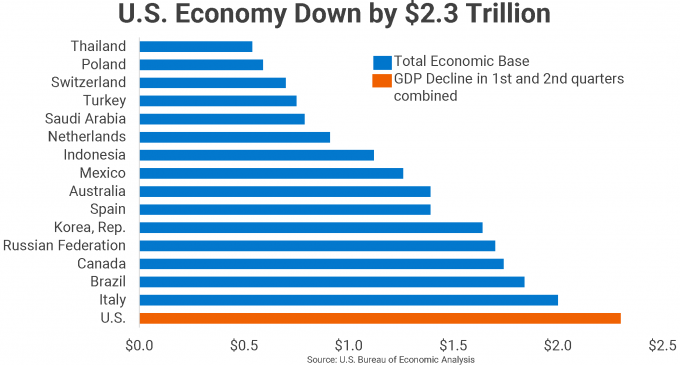 While economists hope to see a “V-shaped” recovery, it is unlikely that the U.S. will be able to recoup, in a short period of time, a part of its economy that is larger than the entire economic base of Italy, Brazil or Canada, or of the combined economies of Saudi Arabia, Turkey and Switzerland.

Though governments, at different levels, will be working together with businesses to alleviate the pain that the pandemic has caused, it is no longer an understatement to say that this recovery will be a long and a painful one that will affect the way companies and the local and federal government conduct business in years to come.